As we enter Star Wars season it seems that any effort to hype the franchise is being explored.

Hence, not only is Star Wars Battlefront coming out this week, but our nostalgia is being stroked with the return of SNES run-'n'-gunner Super Star Wars for PS4 and PS Vita in North America.

It was originally released back in 1992 but did get re-released on Nintendo's Virtual Console in 2009. Still, you probably haven't thought about Super Star Wars for a long time.

It loosely follows the story of Episode IV: A New Hope. You get to play as Luke Skywalker, Han Solo, and Chewbacca, mostly shooting your way through nasty creatures and robots.

It also has vehicle levels in which you pilot a landspeeder and an X-Wing. Oh, and yes, you also get to pilot the TIE Fighter and blow up the Death Star, of course.

Here's a look at how it originally played on the SNES: 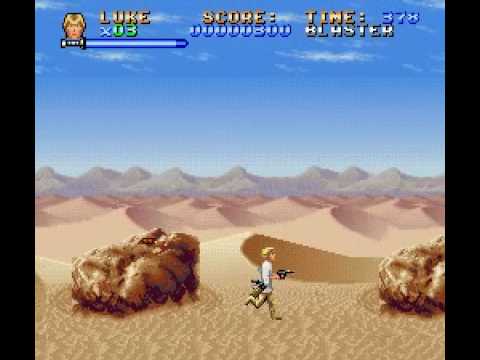 Anyway, this upcoming PS4 and PS Vita version has new save features, leaderboards, Trophies, and an updated display plus new controller options.

It'll also be cross-buy so you only need to buy it once to get both PlayStation versions. If you want it, look out for Super Star Wars's arrival on the PlayStation Store this week.