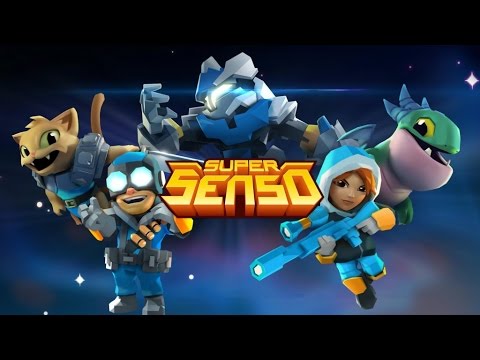 Available on both iOS and Android devices now, Super Senso challenges players to build up the ultimate army defence force in the effort to be the best online. Your squad can consist of anything from armoured tanks, to giant mechs, tentacled aliens, and even ghoulish zombies, with each type featuring their own strengths and weaknesses. Will you prioritise speed or attack, movement or strength? The choice is yours.

Super Senso’s colourful action is played out in tactical turn-based fashion, meaning players will have to appropriately scope out and plan their strategy if they’re to succeed. Thankfully, maps take the form of vivid, polygonal 3D battlefields, so it couldn’t be easier to see where your next move will take you.

To celebrate launching on digital store shelves in other territories, the game has since added in-game units inspired by other powerhouse gaming licenses like Wargaming, Adult Swim, Dark Horse Comics, and Yacht Club Games. Ever wanted to see Shovel Knight buddy up with a giant dinosaur cat? It’s all possible in Super Senso’s grid-based arenas.

Merging mighty mechs and monsters with strategic turn-based action, download Super Senso today to get your fix of both.