Super Neptunia RPG is the 17th game in the Hyperdimension Neptunia franchise, including remakes. Seventeen games, and the series only dates back to 2010. If you're a longtime fan of the series, good for you. If you haven't played many of the games, don't worry, you're among friends here.

The series has a dedicated cult following, and it's easy to see why. The series is well humoured, has a strong cast of characters, and loves a bit fan service. But if you want to jump into the series now - yikes, that's a tough road ahead.

But luckily, Neptune has a new adventure, and she has amnesia, so the entire cast of characters can be introduced to you slowly and you can sink into the world without getting overwhelmed. Is amnesia a cliché? Absolutely, but the game acknowledges this.

Neptune is totally self-aware. She lives in the Gameindustri world, and each of the characters in the game resemble and represent game consoles of the past. Yeah, it's seriously meta, but that's exactly the kind of humour that the game's cult fanbase is looking for.

So, if you want a serious anime-style RPG, then this ain't it, chief. This is a self-referential, joke book of a game, and it does a great job of pandering to its existing fanbase, while also giving brand new players something to wryly grin at.

For the very first time 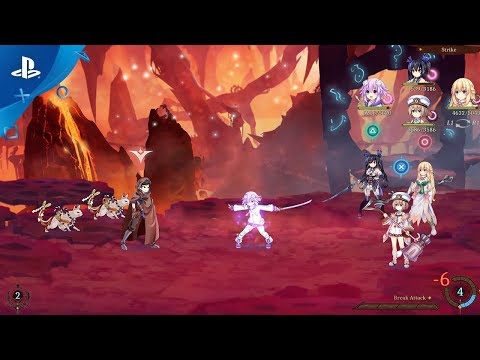 These are the major plus points to Super Neptunia RPG. If you want to jump into the series for the first time, but don't have the means to go back to the very first entry, then this is excellent. You'll get a crash course in the world and characters, without having to go through 16 other games. Not bad. And that sense of humour? I honestly really enjoyed it, though it might grow a bit thin after 16 games of it.

Now, there are problems. Big ones. Super Neptunia RPG is a side scroller, and when exploring, is actually more a platformer than anything else. Oh, it's a terrible platformer, by the way. Jumping is stiff and never feels good or responsive. It's sometimes hard to judge what is a platform and what's not, and the surface area which you can actually stand on is unclear at times.

This also means it's difficult to navigate the 2D towns. Towns can have separate paths that split off to other shops, NPCs, or hidden treasures, and the simple matter of swapping which path you're on is, well, not so simple. Little frustrations such as the weird platform surface areas and the difficulty of swapping paths add up to an annoying experience. 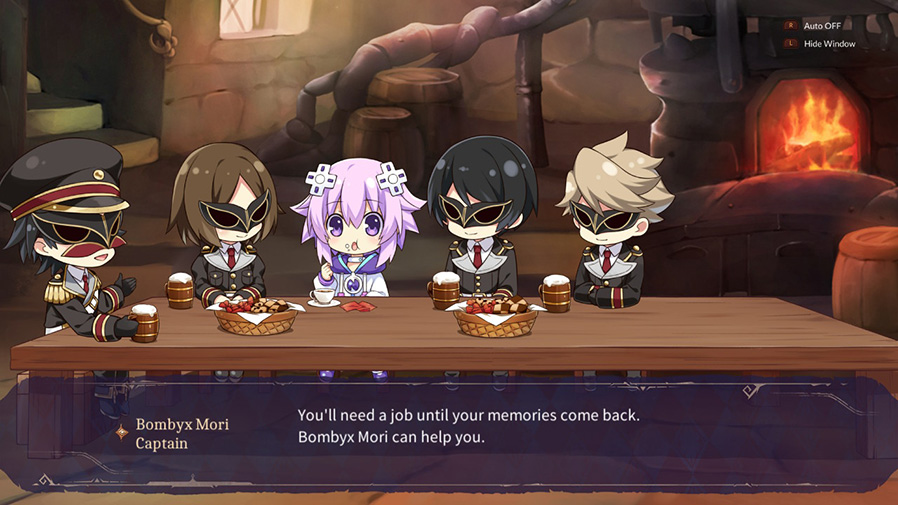 The battles have the same problem. Fine, functional, and then tedious. You have a meter which builds over time which allows you to dole out basic attacks. This is empty at the beginning of the fight, meaning at the start of ever single fight, you're have to just stand for a moment and wait.

The meter builds in real time as the attack animations play out, and there's no way to speed things up. This isn't a problem when you start building a proper party, but especially in the early game, and when there are many enemies on screen, battles feel tedious and frankly just made me want to stop playing.

Oh, and the quests aren't much better. The way the menus are organised is chaotic and basic all at the same time, and it's difficult to discern what your next task is for any given quest. Finding where quests take place is difficult too, since the world map isn't very cohesive with the messy design of the world. It's like a terrible Metroidvania.

In fact, let's call this review here. It's not going to get much more positive than this. If there's anything else to praise the game for, it'll be the fact it has English voice acting, an effort the publishers really didn't have to go through.

But playing this game is tedious throughout. Neptune herself even starts to grind, her one-note-joke of a personality wearing thin barely an hour in. I'm sorry, just don't bother playing the game, the more I think about it, the less I like it.