As announced by publisher Thunderful Games during the Thunderful World showcase event, Super Meat Boy Forever will be landing on mobile in 2022. Developed by Team Meat, the auto-runner is the sequel to the cult classic Super Meat Boy known for its tough-as-nails difficulty.

In Super Meat Boy Forever, players follow the tale of Meat Boy and Bandage Girl as they raise their daughter Nugget. However, Dr. Fetus pops by to stir things up for the protagonists by kidnapping Nugget, and it's up to you to get her back safe and sound.

The game features 7,200 individually handcrafted levels in stunning pixel art graphics and filled with over-the-top violence. It's still one heck of a ride despite being in a different genre from its predecessor. Plus, it challenges players with improving their response times and seeing how long they can go on without ragequitting. Of course, as challenging as the game is, clearing levels does seem equally satisfying. 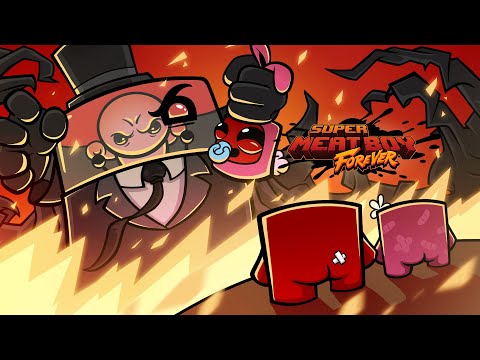 "Yup that’s right, the original indie gaming hero makes his way to Mobile next year. Super Meat Boy Forever offers up literally thousands of handcrafted levels for Meat Boy and Bandage Girl to run, slide, tackle, jump, punch and kick their way through! This tough but fair auto-runner platformer will keep your fingers busy for…EVER!" says Thunderful Games' official press release. "Disclaimer: Phone case and screen protector recommended. Team Meat and Thunderful are in no way responsible for any damage done to phones thrown across rooms as a result of the playing of Super Meat Boy Forever."

Super Meat Boy Forever officially launched on consoles, PC, and the Nintendo Switch in December last year. For now, you can download Super Meat Boy on the Google Play Store, or have a look at the official mobile announcement trailer embedded above for a sneak peek at the sequel.

Super Meat Boy Forever makes a sudden reappearance...and it might be coming to the Nintendo Switch

Super Meat Boy Forever is back in development, as Edmund McMillen finishes up Fingered