It's been a good year

After Google Play announced its top games of 2017 on Monday this earlier week, it was only a matter of time before Apple followed suit with its own list.

Between iPad and iPhone, paid and free games, there's certainly a big ol' list to read through with some seriously good games on it. Bear in mind that some decisions vary by area, so the best iPhone/iPad games and Top Charts below are those picked in the UK.

iPad Game of the Year

As announced in the App Store's story this morning, the monochromatic hidden object puzzler Hidden Folks took the top spot for the 2017 iPad Game of the Year, and for good reason. We thought it was an excellent hidden puzzler when we played it, saying it was 'a puzzler perfect for those with an eye and ear for detail' in its review. 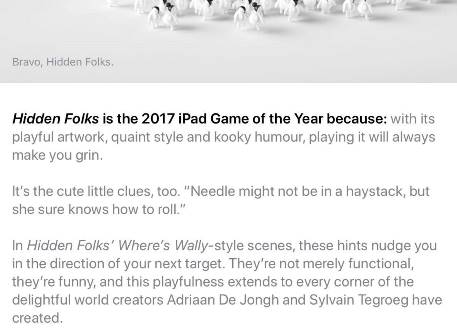 iPhone Game of the Year

The iPhone Game of 2017 is, again, a worthy winner as Splitter Critters takes the crown. We gave it a Silver Award in its review, and if you haven't been fortunate enough to play this innovative little beauty yet and love a good puzzler, I'd hop on it the next chance you can. Splitter Critters was a game that we first encountered at one of our Big Indie Pitch events. Our judges gave it second place out of 18 games that were pitched live in Vancouver, proving that we do know how to pick 'em. 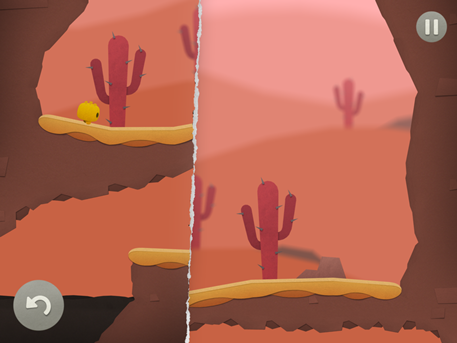 Of course, we can't end the year without taking a look at Apple's charts of its top Free/Paid games, so without further ado:


What were your favourite games of 2017? Let us know in the comments below.