To the city and onwards

With Super Mario Odyssey practically teasing the very edge of release, Nintendo's found time to just sneak in one last short trailer to give Cappy a little time in the spotlight. 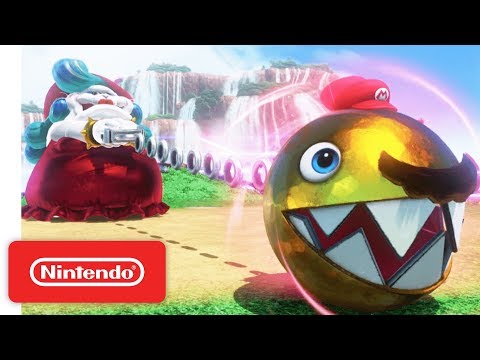 Having watched conferences and presentations, adverts, and sneaky gameplay videos, it practically goes without saying that Super Mario Odyssey is shaping up to be a great game. If the look of it alone doesn't tickle you, just do a little research into what the critics are saying. TL;DR - it's promising.

In this latest advert we're shown a little more of Cappy's use. Not only can he be used to transport Mario into the consciousness of other beings, he can also be used for hopping on over surfaces and for beating back the bad guys. What a useful fellow he is.

Check out the trailer above and try not to lose too much sleep while the last three days tick by. Super Mario Odyssey releases on the Nintendo Switch, October 27th in both digital and physical forms.