Mario “Jumpman” Mario. Take one guess at what a bloke with a name like that is good at. If your answer is “unblocking pipes” then you’re, like… okay well you’re not wrong, but at the very least you’re intentionally avoiding our point.

Super Mario Odyssey is finally out and, yes, it’s one of the best games of the generation if review aggregates and our own review is to be believed.

With a new entry, comes a whole host of new abilities and actions Mario can perform, and of course, his jump has received numerous boosts. Just take a look through our advice below, you can re-familiarise yourself with Mario’s classic moves, and also take a look at some of his brand new death-defying leaps… 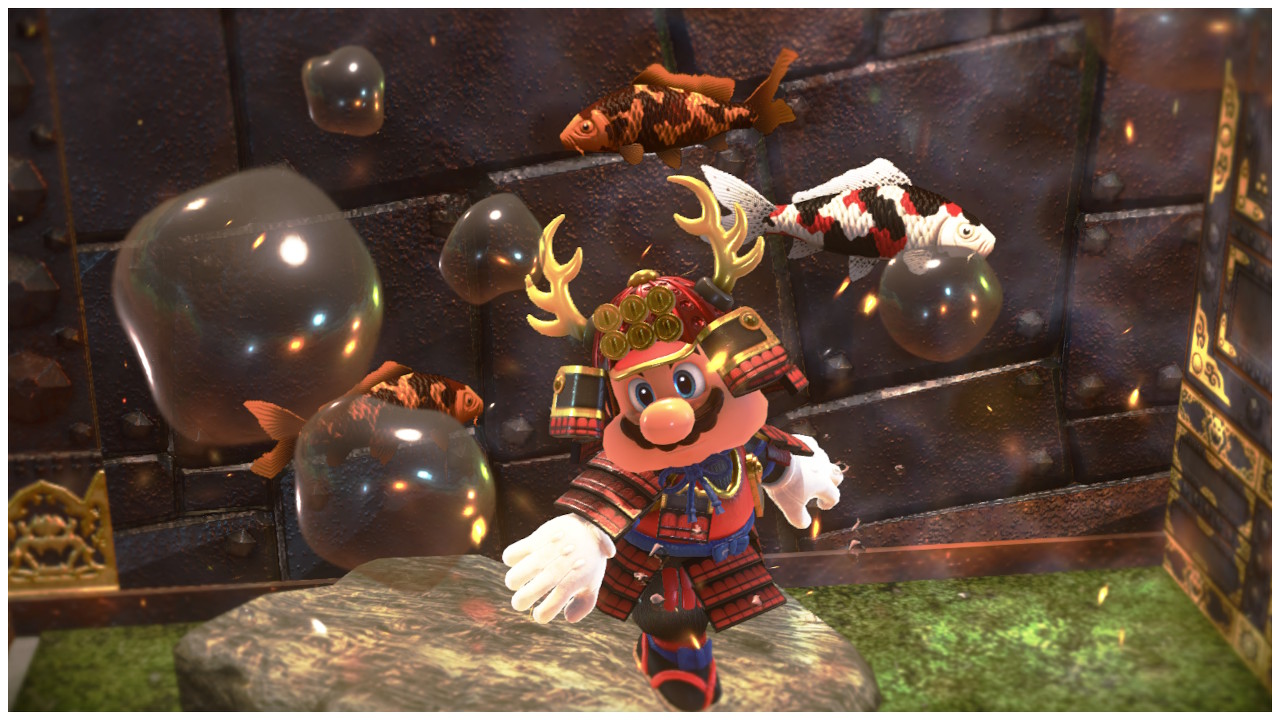 Keep in mind that holding the jump button will make you jump higher, so you can do small taps for the first two jumps and hold for the final to adjust distance.

While running hold the trigger (either ZL or ZR) and press jump before Mario loses momentum - you can do this pretty quickly. This is the best jump to start with if you’re crossing large gaps. 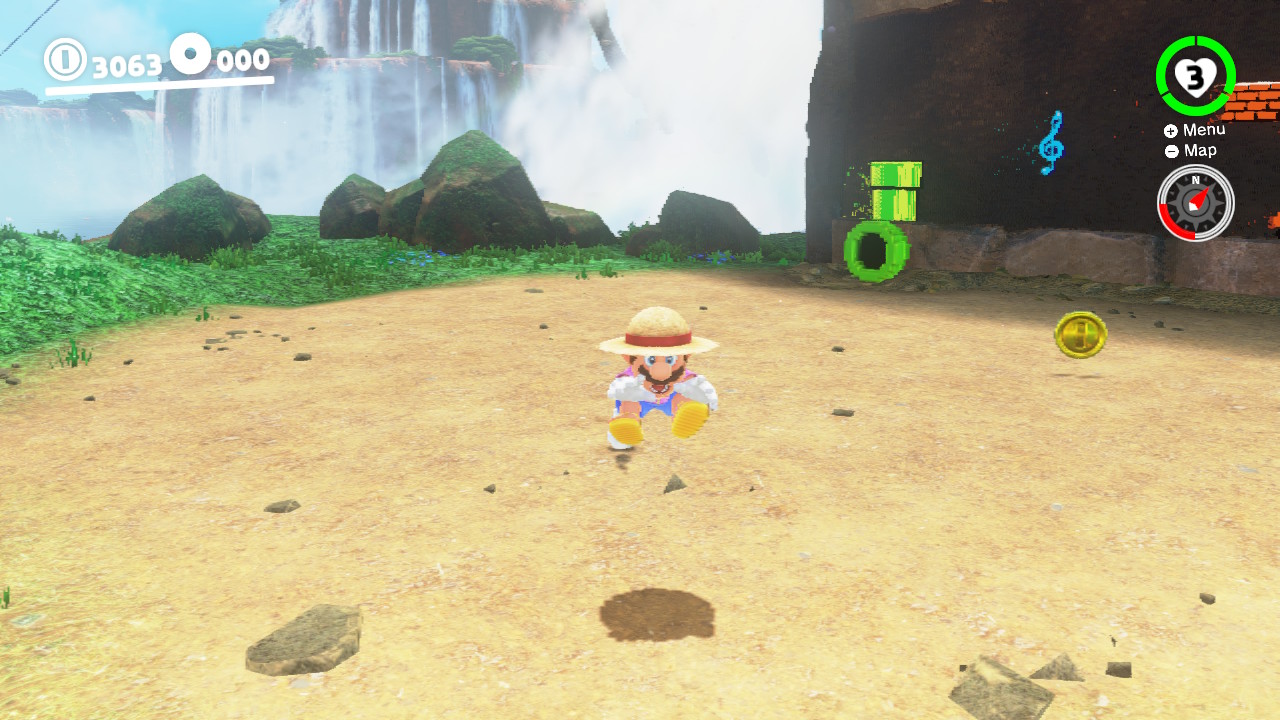 Simply hold either of the trigger buttons to crouch, and then press jump. This standing jump is one of the higher ones you can do while standing still, and of course can lead into Wall Jumps or Hat Throws.

As you’re running, quickly flick the stick in the other direction, and you’ll see Mario skid along the ground briefly. While in this animation, press jump and Mario will perform the Side Somersault, which is easy to pull off and is much higher than a single or double jump.

You’ll need this for many, many locations in Super Mario Odyssey. When in the air and pushing against a wall, Mario will slowly slide down the wall with his hand pressed against it. In this animation, press jump and Mario will launch himself off of the wall.

If two walls face one another parallel, you can jump upwards for as long as the walls last, and you can even achieve a wee bit more distance to the jump by putting a Hat Throw in the mix. 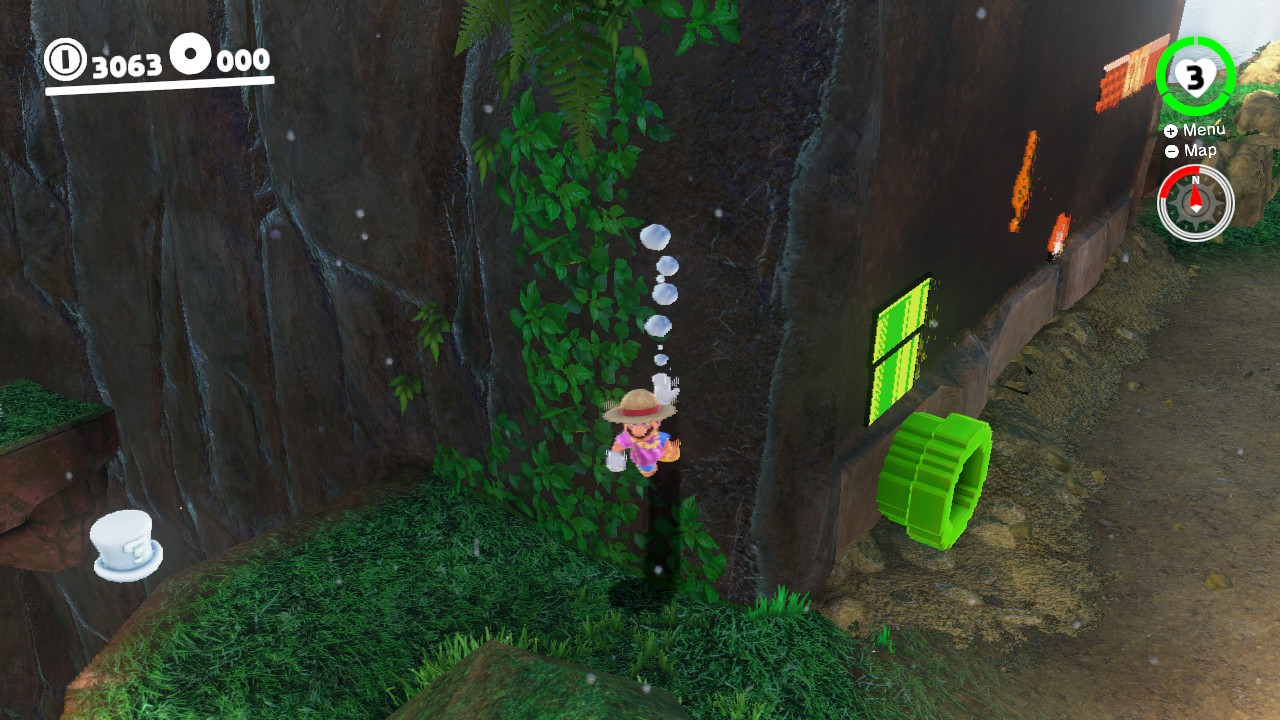 Simply spin your stick while stood on the ground quickly enough, and Mario will spin on his tip toes. While in this animation, jump and Mario will launch high into the air. This is one of Mario’s highest standing jumps, and can be linked into a Wall Jump to get to hard-to-reach areas.

We’re onto Mario’s new moves now! The Ground Pound Jump can be performed by doing a Ground Pound - that’s pressing the trigger in the air - and then jumping as soon as Mario’s bum hits the ground, launching him much higher than a traditional jump.

When Mario performs a Ground Pound, he will momentarily freeze in the air, before performing a stationary front-flip, and then crashing his butt down to the ground. Ignoring the fact he breaks the laws of physics here, you can press Y during his front-flip animation to perform a forward Dive, giving Mario much more distance to his jump. 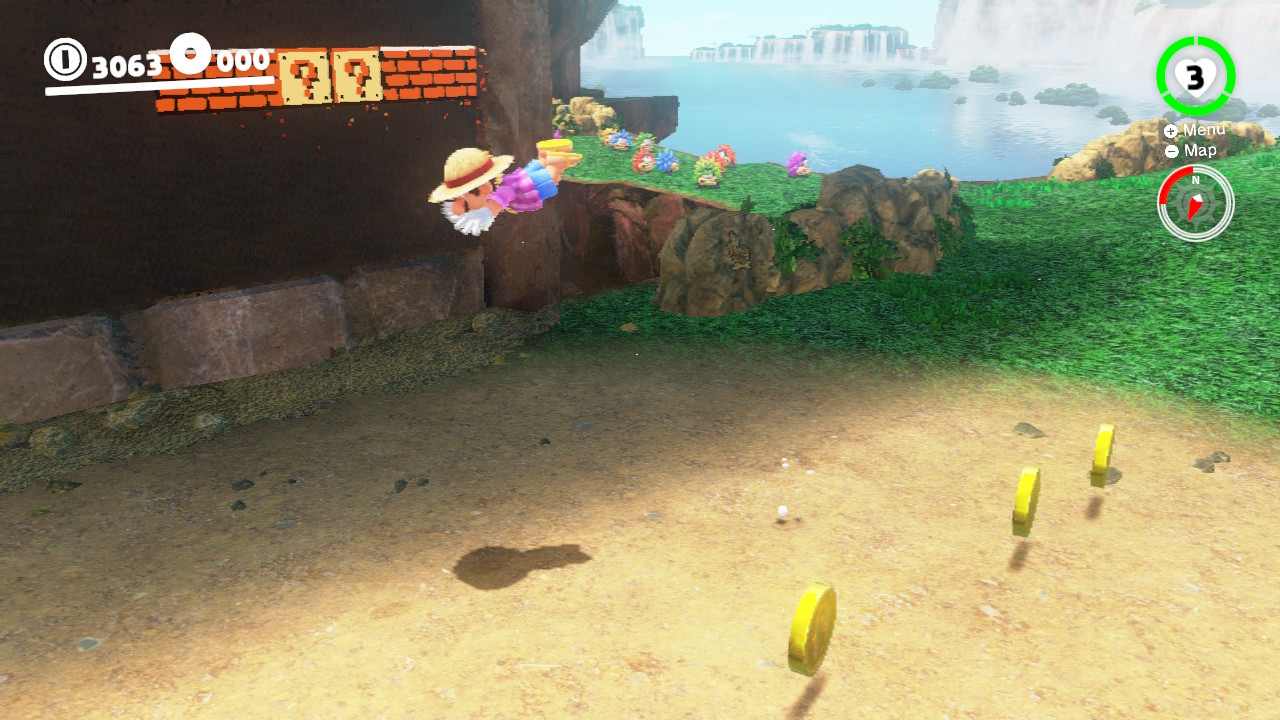 Cappy is a useful one, isn’t he? Throwing him in the air with Y not only gives you a small lift, but you can actually use Cappy himself to boost your jumps.

While on the ground, throw Cappy with Y and then simply run into him and Mario will bounce upwards. This is a Cap Jump, and helps for getting up slightly higher-than-usual ledges quickly and easily.

Now it’s time to combine a few of the moves we’ve learnt so far, and this is probably the most important one.

While in the air, throw Cappy and hold Y to keep him out. Then, perform a dive by activating a Ground Pound, and then releasing a re-pressing Y immediately. If you keep your stick facing the same direction as where you threw Cappy, Mario should dive onto him, and bounce off.

Basically, if you keep all of the above moves in mind, you’ll be stringing together jumps and leaps like they’re combos in a fighting game. Cap Jump into Hat Throw into Cappy Dive into Ground Pound Jump into Cappy Dive again? It’s all possible, and you’ll quickly see yourself jumping massive distances and jumping higher than ever before.

Spin Jumping into walls before Wall Jumping off, then Hat Throwing in the direction you wish a Cappy Diving off of it to get to where you want will soon become second nature. Enjoy your new found skills! 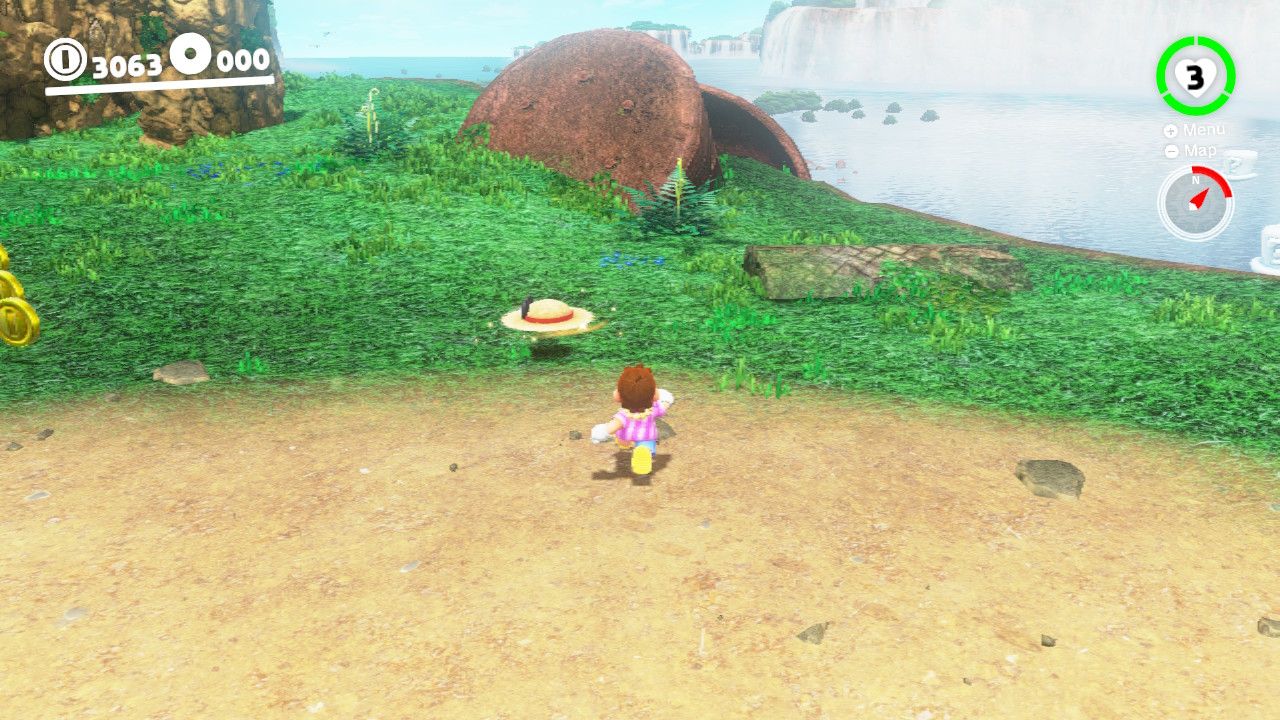 Next Up :
Claw Stars - free claws and how to get them