I take it you've read the title since you're sitting here reading this, but woah. Super Mario Odyssey has sold a butt-load of copies in just a few days and it's pretty amazing. 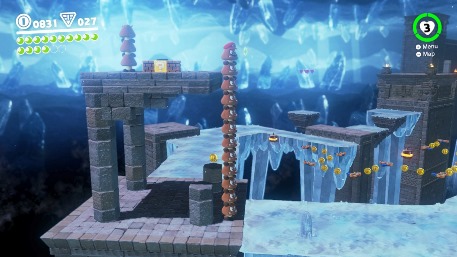 If you've been living in a box all this time like Schrodinger's cat, Super Mario Odyssey is the next in-house, big budget Nintendo game which has already brought joy and excitement to a lot of Switch users, including we few here on Pocket Gamer. Jon Mundy liked it so much that he gave the game a unicorn-rare Platinum Award in its review.

Given the amount of hype and positive feedback about it, a high figure isn't too surprising, but two million in three days? Damn. As noted on Nintendo's financial results brief (page 13), "While about 7 million units of Nintendo Switch hardware have been delivered into the hands of our consumers around the world, we estimate that the global sellthrough of Super Mario Odyssey has already exceeded 2 million units in just its first 3 days."

The brief then goes on to state that it wants SMO to be an 'evergreen title' which lasts longer on the market than just reaching popularity through the holiday season. Hopefully that song will die out though.