Vuxia has released its self-developed title, Super Ball Jump globally after achieving massive success in its beta testing phase. The game accumulated a total of 50,000 downloads in just two weeks and has received a lot of positive feedback since.

The game is a touch-based 2D platformer that is all about perfectly manoeuvring the ball. The player needs to dodge and roll across the obstacles while collecting the Yeebees to advance to the next level.

When you start rolling the ball, you'll want to look for a checkpoint to automatically save your progress. If you accidentally lose your control, worry not the game will resume from the last checkpoint reached along and keep any Yeebees collected.

Designed with minimal graphics and a pleasing soundtrack, the game features perfect elements of surprise by randomly popping new enemies and traps. There are hundreds of achievements that can be showcased on your profile as it seamlessly syncs with the Play Games profile and Game Center which will also reward you upon connecting. 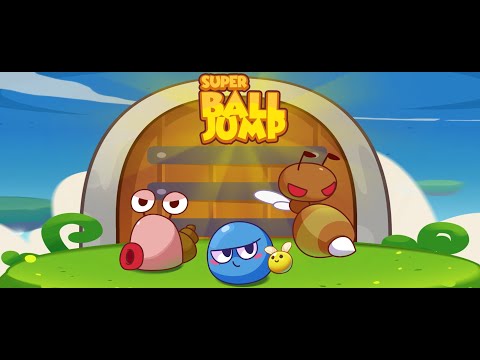 With entirely hand-drawn 2D animation the game provides you with an interactive and simple user interface along with multiple language support. Super Ball Jump aims to give you a combination of arcade adventure with surprising elements in an experience that draws inspiration from Super Mario and Angry Birds.

Discussing the global release of the game, Dillon Perez, co-founder at VUXIA said: "We’re absolutely blown away with the growth seen over the last 2 weeks, having not spent anything on marketing. Super Ball Jump was fortunate to be picked up by a few media outlets and it just took off from there - our current D20 retention rates sit at 40% which is amazing! It shows how addictive and fun the game is proving to be"

Super Ball Jump is now available on App Store and Google Play. It is a free-to-play game.

If you enjoy playing platforming games, be sure to check out our list which details some of our favourites on iOS.
Next Up :
Ninja Must Die is an upcoming combat-focused action runner with stylish ink-based visuals, now open for pre-registration