Get your retro gaming fix in Super Arcade Racing, new from OutOfTheBit studio

Driving top-down with the top down

Whether your first time behind the wheel was on the Sega Mega Drive, or you’re just in love with retro visuals, London-based OutOfTheBit studio has an early Christmas present for you: Super Arcade Racing.

Super Arcade Racing draws inspiration from the 2D top-down arcade racers of the 1980s and ‘90s. The attention to detail will please even the toughest of nostalgia critics: you’ve got hand-drawn 16-bit graphics, a synth soundtrack of 8-bit ear worms and a bird’s-eye view of the on-track action. 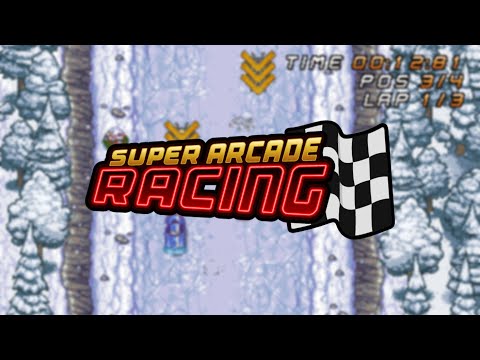 Every good racing game features a bit of grit off the track, too. Super Arcade Racing puts you in shoes of Mick whose brother has been kidnapped. Mick is forced to enter the illicit world of street racing to uncover the truth about his sibling’s whereabouts, and the shady organisation involved. As you play through the 60 levels of single player mode and defeat challenging bosses, the plot will unfold – with a few hair-pin twists along the way.

You also can’t have a retro racer without a fix-up garage. In Super Arcade Racing, you only get one car – but the garage is where you can customise and upgrade it to your heart’s content. Spend your race winnings on improved tyres, more powerful engines and better brakes. You can also pimp your ride with various cosmetic upgrades, ensuring you look flash on track.

Test your racing skills across diverse terrain, from desert to forest; and in a variety of challenge modes, from circuit to pursuit. You can even pit yourself against the world in the 10-level multiplayer mode.