SYBO Games, the developer behind the enduringly popular Subway Surfers, has announced a brand new spin-off in the franchise. It's called Subway Surfers Tag and will release exclusively for Apple Arcade on July 15th.

Talking about the new entry in the series, Eoin O’Doherty, Game Director, SYBO Games, said: “We’ve been eager to expand the brand and provide a new player experience, and are thrilled to debut it on Apple Arcade. Not only is it a great reward to iOS players who have helped keep Subway Surfers at the top of the charts for a decade, it represents our first expansion outside of the endless runner genre, in a massive way.”

The game sees you skate across several arenas in different locations around the city. Here you will land jumps, grind along rails, tag objectives and blast clean-up crew bots. Why? The same reason we all love playing Subway Surfers. To rack up a gigantic high score. 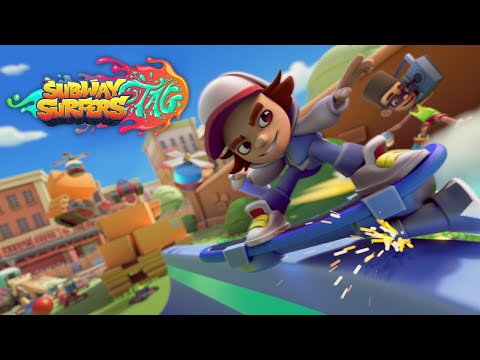 But the Guard won't let you do all of this without a fight. He and his mechanical helpers will give chase to put an end to your activities. There are multiple arenas to unlock in Subway Surfers Tag, each home to progressively more difficult foes.

Discussing the game, Mathias Gredal Nørvig, SYBO Games CEO, said: “Subway Surfers Tag comes on the heels of our 10th anniversary as well as the recent acquisition of SYBO by Miniclip, and there is no better way to celebrate.

He added: “The game is a labor of love, celebrating our incredible characters and it carries the original DNA of Subway Surfers: rebellious, playful and adventurous. Take a look at the Coming Soon product page. We believe our fans will be delighted!”

Subway Surfers Tag is expected to arrive on Apple Arcade on July 15th. If you're unfamiliar, it is a subscription service that costs $4.99 per month. For more information on other games available in its extensive library, check out our dedicated hub page.

Interested to know what other games are available on Apple Arcade? Check out our definitive list of everything you can play right now
Download now!
Subway Surfers Tag

Next Up :
Ready Heroes: Nirvana Hunt is an upcoming idle RPG now open for pre-registration on Google Play