Whitepot Studios has released a new puzzle game called StarGazing for iOS and Android devices. The studio based in Northern Ireland has previously released Tubocity on mobile.

Described by Whitepot as “an astronomically relaxing starry-eyed pattern-puzzler”, StarGazing has you completing dot-to-dot constellations, connecting the icons in the sky and learning the history and origin behind each constellation’s story.

With the help of some hand-drawn hints that appear in a notebook, you have to connect the dots in such a way that you’re able to recreate the constellation in the sky. As you get better at finding these clues, you’ll be able to better your times and progress up the leaderboard.

Check out this short trailer for StarGazing. 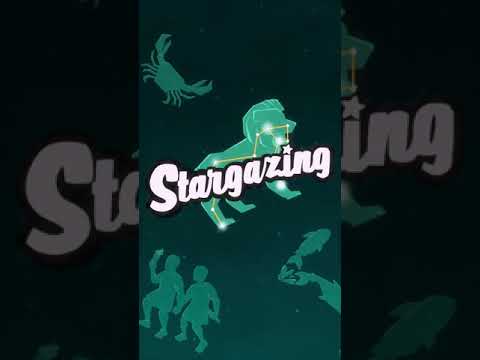 It’s not meant to be a competitive title though. Thanks to StarGazing’s lo-fi zen soundtrack and chilled atmosphere, the game is very much a meditative experience in which you can casually stargaze and find these connections in as much or as little time as possible.

You also unlock cute collectibles along the way too, as well as achievements for those who enjoy slowly filling in a checklist of activities to do. Altogether there are 51 constellations released so far, with plans to add more to the game as time goes on.

The app store page for the game describes it all really: “StarGazing is for puzzlers who enjoy solving challenges, chill seekers who enjoy zen experiences, and astro fanatics who have an interest in horoscopes, astrology, astronomy, and the stars above.”

You can download StarGazing now for the iOS App Store and the Google Play for Android store, where it is a free to play title containing adverts and in-app purchases.

If you enjoy playing puzzle games on your iPhone or iPad, be sure to read our list detailing some of the best puzzlers on iOS.
Next Up :
Phobies Carnival of Fears adds new characters, abilities, maps and more this Halloween