Full disclosure - this might be our third story of the day to feature the words 'Star Wars' in it, but if you're an aspiring pinball wizard we know that you'll forgive us.

Zen Studios has announced a new trio of Star Wars tables due out later this autumn.

These three new tables, referred to as the 'Balance of the Force' pack, join the Silver Award-winning trilogy of tables unveiled in March, which were available in the standalone Star Wars Pinball app or as paid downloads in the free Zen Pinball.

Episode VI: The one with ewoks

In the brief teaser trailer below, Zen Studios showed off a table based on Return of the Jedi that features everything from Jabba's Palace to the forest moon of Endor.

Joining the Return of the Jedi table are a special Darth Vader tribute table, and one based on Star Wars: Starfighter space combat simulator.

Haven't played Starfighter before? Just assume there will be plenty of spaceships, laser blasts, and black-as-tar space between them.

We don't have any idea when in the autumn these tables are due, but Zen notes they'll come to the App Store, Google Play, Windows 8, and the PlayStation Network, so you won't be left hanging (on the wall of a Hutt's palace...) no matter what platform you choose to enjoy them on. 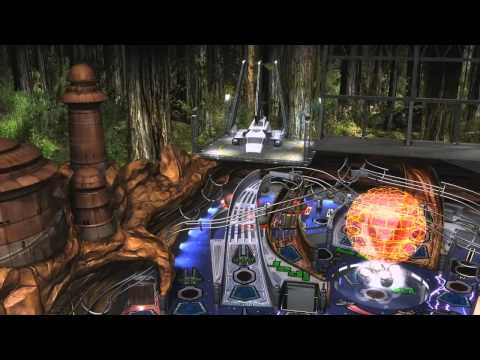