It's in the trap!

Zen Studios set our Star Wars-loving hearts aflutter earlier this month when it announced a new trilogy of pinball tables set in a galaxy far, far away.

Now, it's giving us even more reason to be excited with an in-depth look at the Return of the Jedi table.

Taking to The PlayStation Blog, Zen Studios let fans know that the table missions will follow scenes from the movie and will include the Battle of Endor and the duel between Luke Skywalker and Darth Vader. What's more, the table will feature scads of objects for players to interact with including an AT-ST, a speeder bike, TIE fighters, and a Tydirium shuttle.

Zen went on to tease that the upcoming Starfighter Assault table - also included in the Balance of the Force pack - will feature an extended play area similar to the Clones Wars table.

We still don’t have a firm release date for these tables yet, but Zen says it's aiming for an October release for the Vita. 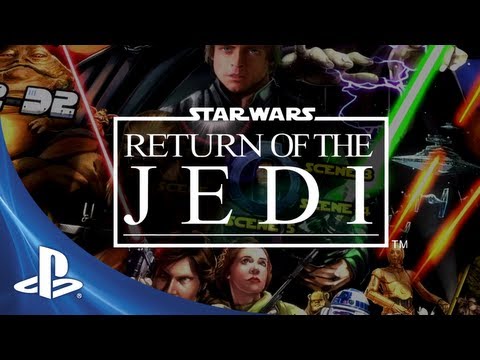 Subscribe to Pocket Gamer on
Next Up :
Cats&Soup, the charming idle game where you make soup with cats, surpasses five million downloads