After waiting for months, Star Wars Hunters is finally out! But before you rush to your App Store, I have to tell you that it's only out in India, the Philippines, Malaysia and Indonesia. However, if you want to give it a go from anywhere in the galaxy, you can follow the download guide.

Anyway, now that I have got to play Star Wars Hunters for around a week, I will be sharing my first impressions with you all. So, if you are still confused about whether to download it or not, hopefully, you will have your answer by the end of this article.

The gameplay is quite straightforward. It's a 4v4 shooter where your team tries to complete various objectives. It might be capturing a flag (Control Mode) and reaching 100 points or something similar. There are a variety of maps. However, since it's a close-quarters shooter, all the maps are pretty tight. But on the bright side, that means you will be part of the action throughout the match.

It's a Star Wars game, so needless to say, you can play as your favourite Star Wars characters and jump into the action. Each has their own unique abilities and attacks.

It's a mix of MOBA and a shooter. The characters are categorised into different classes - Damage, Support, Tank. You also get an option to customise the loadouts of your characters according to the game modes.

There are three game modes available - Control, Escort and Huttball but there’s no option to select which you want to play. Instead, they are randomly chosen by the game itself.

The controls are pretty simple, you have the movement joystick on the left side, and you aim using your right thumb on the ride side of the screen. The ability buttons are also present at the right lower side, just like in any other MOBA. 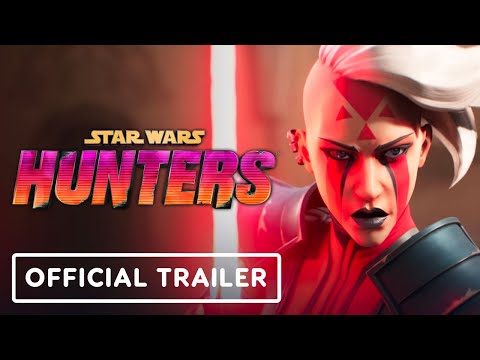 Unfortunately, the game doesn't allow you to customise the controls (Or maybe I didn't find the option). So if you are someone like me, who likes to play mobile shooters with a three/four finger step up, it is sure to upset you.

Star Wars Hunters is way better than I expected it to be. It's enjoyable to play. However, at the moment, there aren't many active players, so you will be matched up against bots most of the time, so that does make it a bit boring.

Lastly, it's definitely not pay-to-win, which is a big relief. However, you can use cash to unlock all characters and loadouts and everything quickly. But, at the same time, you can grind to unlock them.

Star Wars Hunters is a fantastic 4v4 shooter. I can't wait for its global release. I highly recommend giving it a go. It is available on Google Play in select countries.

Also, check out our list of the Top 28 best multiplayer games for Android phones and tablets.
Next Up :
Lineage2M: Why you should dive into this upcoming MMORPG from NCSOFT