Debut trailer for Star Wars: Galaxy of Heroes shows that it's not a card-based battler after all

Those be 3D models

When Star Wars: Galaxy of Heroes was announced at E3 earlier this year we were led to believe it is a card-based battler.

But, hm, looking at the game's debut trailer that doesn't seem to be the case. There isn't a single card in sight.

That said, it seems that Galaxy of Heroes will play more or less like a card-based battler. So we weren't that far off.

You'll be collecting heroes on either the Light or Dark side (you get to choose) to form a team of fighters.

Each hero has their own special attacks and some characters have abilities that complement each other. All of this should be considered when forming your team.

You also need to pay special attention to the leader of your squad. You can outfit them with gear to boost their damage and unlock special abilities to buff your team. 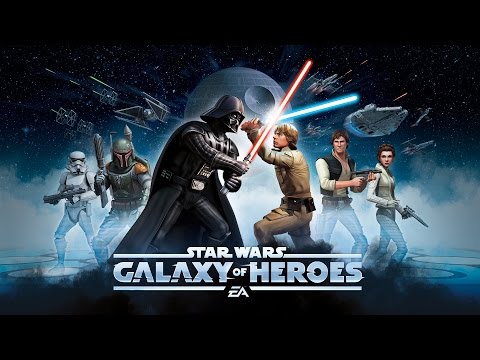 Once your team is ready, you'll then take them on missions as part of a full campaign tailored for whatever side you chose.

Currently, Star Wars: Galaxy of Heroes is slated for a "Holiday 2015" release on iOS and Android.

You can register your details on the game's new website to get updates straight to your inbox. Otherwise, keep your eyes peeled to PG as we'll be reporting on any news we see, too.