White Wizard Games talks Star Realms: an interview from beyond the galaxy

A deck-building strategy game for the real and digital worlds

Kickstarter is awash with weak pitches for mobile and tabletop games.

But Star Realms caught my eye. Firstly, because it was a physical card game, with a mobile version to follow. And secondly, because of the pedigree of its designers.

Darwin Kastle is a Magic: the Gathering champion and Rob Dougherty is the brains behind previous tabletop to mobile crossover hit Ascension.

The card version came out a couple of months ago, to considerable critical acclaim. I asked Kastle to summarise the game for those who haven't had the chance to sample its delights.

"It's a space combat cards game," he told me. "Each player starts with an identical 10 card deck which is used to "purchase" more exciting and powerful cards to add to the deck to make it better as you’re playing."

"They do things like give you trade for acquiring stuff or give you combat for attacking your opponent and his/her bases. There are four factions, and a big part of the game is deciding how many and which factions to focus on when acquiring cards to add to your deck as you’re playing." 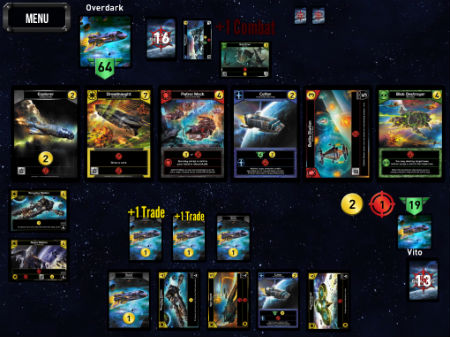 Which, to be honest, sounds an awful lot like many other deckbuilding games such as Dominion or, indeed, Ascension. So what makes Star Realms special, aside from its ambitious plan to launch on all the major digital platforms so soon after the release of the card version?

Darwin was quick with an answer: "It's the highly interactive and satisfying victory conditions," he said. "By allowing players to attack each other’s bases and requiring them to attack the opponent in order to win, it makes the game much more interactive than a typical deck-building game."

It was easy to spot why he took the unusual step of having a Kickstarter for both a card and digital version at the same time, because Darwin is an eloquent evangelist for playing tabletop games on mobile.

"Deck-building games in general make fantastic digital games," he told me. "Making them digital makes things like set-up and data tracking much easier. Our science fiction theme benefits from things like explosions, laser sound effects, a star field in the background, cool music and other things that a digital format is great for." 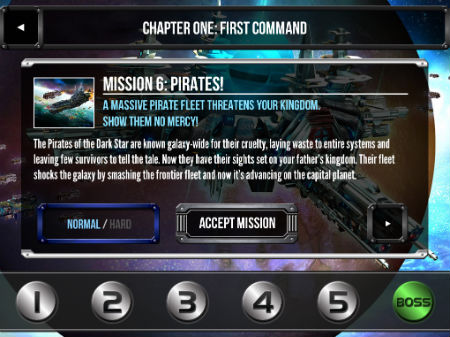 So it came as no surprise to learn that mobile was part of the package right back at the inception of the design.

"I designed Star Realms as a way to demonstrate to digital game companies my ability to design games that would work really well as both physical and digital games," Darwin admitted. "It turned out so well I realized that I needed to put together a team to actually produce it and bring it to the public myself."

Nevertheless, trying to shoehorn both formats into one Kickstarter feels to me like a bold and risky move. But Darwin had his reasons.

"We hoped the combination of the two formats would give our Kickstarter more diverse appeal and bring us some cross-pollination between the two formats," he said. "We think that some people who normally only play games in one of the two formats will be pleasantly surprised by how much they enjoy Star Realms in both if they give it a try."

And from the beginning, there were plans in place to minimise the risk.

"We made sure one of the company’s three founding partners, Tan Thor Jen, was a top notch programmer," he told me. "Rob Dougherty and I have lots of experience making great physical card games and we’ve recently been moving towards designing our games with the idea of them also being digital products specifically in mind."

That made me wonder what, specifically, the digital version will have over its tabletop counterpart. The answer is: plenty. 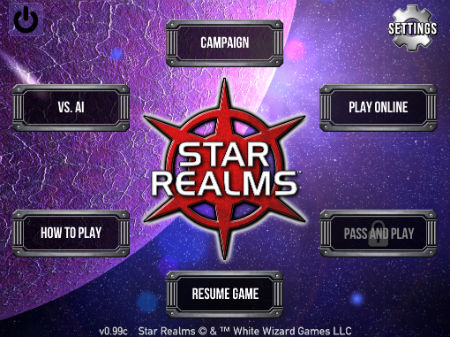 Putting a tabletop game on to mobile offers a developer other opportunities besides just making it look and sound more exciting that some flimsy bits of cardboard. One of the most important ones to me, one that a lot of transitions seem to miss, is some sort of campaign mode to really support the strategy with a gripping narrative, and fill in some of the backstory.

That's not going to be an omission for Star Realms. "There's a campaign mode about an emerging new star realm with you as the main character of the story," Kastle enthused. "You’ll lead a fleet into battle on behalf of your realm in various missions, consisting of games of Star Realms against an AI using special rules or starting decks."

Naturally, it'll feature a few new surprises. "The first chapter will come with the free version of the game and consists of five missions and a special boss battle," said Kastle. "If you pay, among the many features you will be unlocking are another chapter of the story with eight new missions and a new boss, plus hard versions of both chapters."

And it's not just campaigns. The ease with which online matchmaking allows gamers to find human opponents has ensured that asynchronous play is a pretty ubiquitous feature of modern tabletop adaptations and Star Realms is no exception. 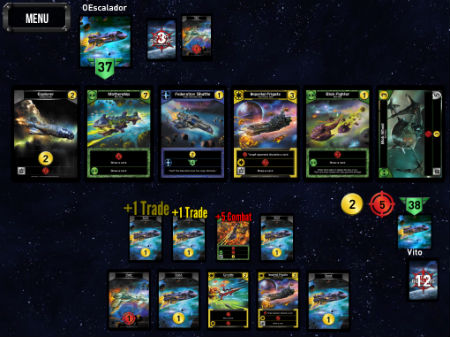 But, like a lot of developers, it's going to use a bespoke system rather than Apple's Game Center. And you'll need the paid version of the game to enjoy the feature.

"Once you’ve purchased the Star Realms upgrade and registered a user name, you’ll be able to join games against random opponents or to challenge specific players," Kastle told me.

Keeping it in-house allows the team to add some extra features to online play. "There will be a 'levelling' system to help you measure your progress as a Star Realms online player," said Kastle "and it will be one of the ways to earn new avatars."

Star Realms is also going to be jumping on the recent bandwagon of using that easy matchmaking to run digital tournaments.

"It's an in-app feature that will allow you to play against other online players for cool prizes and serious Star Realms bragging rights," said Kastle. But fans are going to have to wait to earn their boasting. "This feature won’t be available upon launch," he continued."

You don't have to wait long to get your hands on the game, though. The Android edition of Star Realms is available now and it will hit iOS later this month.