Star Discord is a StarCraft lookalike optimised for mobile by a one-man team, out now on iOS and Android

Previously named "Starkrafts", Star Discord features a building planner for macro efficiency, a two-finger selection box optimised for smaller screens on mobile, and a smart cast function to help players micro like a pro. Amarul Natenan, the indie dev behind the one-man studio, has simplified the complicated PC RTS commands intuitively so that it all works on mobile with a fresh yet familiar feel.

Apart from the single-player campaign, the game also lets players duke it out in an unranked PvP mode online. Despite the simplified commands, the game stays true to the depth of a true RTS game but with redesigned control schemes. You can have a look at the launch trailer embedded below to get a little taste of the gameplay. 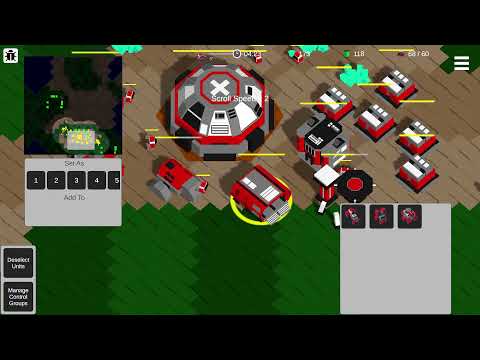 As a StarCraft fan, I feel like this does look appealing in many ways. The low-poly graphics add to its charm, and everything from the unit designs to the structures is very reminiscent of Blizzard's insanely popular IP. I mean, if StarCraft can't come to mobile, might as well make it yourself, right?

If you're eager to give the game a go, Star Discord is available to download on the iOS App Store and on the Google Play Store for Android devices among others. It's a free-to-play game with in-app purchases, with future plans to add additional races, ranked modes, and a battle pass.

Are you on the hunt for more strategy titles on your mobile device? Why not take a gander at our list of the top 25 best strategy games for Android phones and tablets in 2022?

Next Up :
El Hijo is bringing the family-friendly stealth game to mobile on January 25th

Crush the Castle: Legacy Collection, a remastered bundle of the classic physics-based series, is coming to mobile and PC on March 1st