You'll also be playing as a sentient squash

I've always found squash to be an incredibly underrated sport, particularly in the video game realm, though I'm admittedly a tad biased since I play it weekly. It's often unfairly forgotten since most people's go-to racket sport is usually tennis. But when I heard that Spooky Squashers was now available for iOS and Android, I was naturally quite excited to see a squash-themed video game.

Spooky Squashers then is an arcade sports game where you will battle against an army of ghosts inside a squash court, whilst playing as a sentient squash. This means hitting the ball off one of the four walls into the enemies to defeat them. 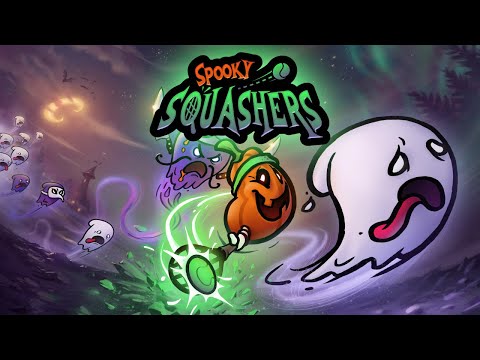 It promises to be a fast-paced game where you will need to ensure the ball doesn't hit the walls more than three times in a row without either colliding with an enemy or being struck by your racket. If it does then you will lose a ball, which is basically a life in Spooky Squashers.

These can also be lost when getting hit by an enemy, so not only will you be scrambling around the court trying to keep the ball alive, you'll also have to weave in and out of the enemies that litter the screen. To help you out there will be ball modifying power-ups to collect such as the bowling ball or missile.

Beyond that, there are three different difficulty settings to try for those who like their games to be as tricky as possible. Aside from the standard squash racket, there are also more comedic options such as a shovel or frying pan to choose from, though they are purely cosmetic rather than possessing special abilities.

Spooky Squashers is available now over on the App Store and Google Play. It's a free game that's supported by adverts.

Looking for some excellent sports titles to play on your phone? Here are 25 of the best available for Android
Next Up :
Devolver Tumble Time offers tongue-in-cheek match-3 mayhem, out now on iOS and Android