Spire Blast is one of the many games on mobile that is all about destroying towers. However, this Apple Arcade exclusive has a unique approach to this type of game. The game is yet another addition to the popular subscription service and one of the few casual entries.

But what makes Spire Blast unique as a castle wrecker is that it relies on colors. You don't just aim, rock, and fire your way to victory. You need to use different colored projectiles and match them up with the colors you see on the towers.

So basically, it's a bit like Tetris, but in the form of sending castles to the ground. It's definitely a creative way to approach games like this. If you have Apple Arcade and have some interest in the game, then here are a few things you should know about the world of Spire Blast.

A Casual and Strategic Experience 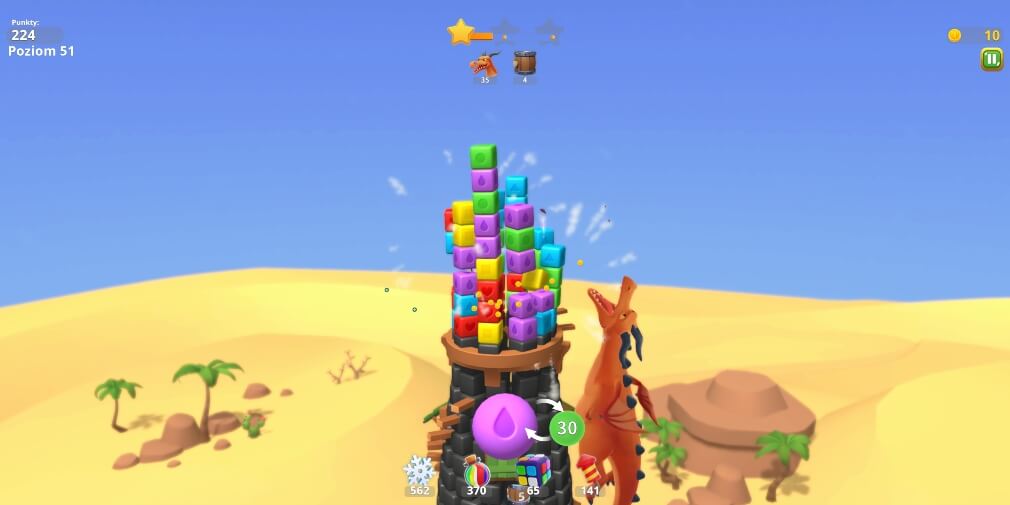 It's not too often where you see two genres come together to form a game. That's what Spire Blast presents on iOS devices. It's more of a casual game, and is one of the rare few of that category available on Apple Arcade, making it a solid gaming choice for those who want something pretty relaxing.

It also, however, presents a strategic element. As we mentioned, you need to hit certain points of the castles to knock down the blocks. You match the color of the projectiles you fire with the colors you see on the towers in each level you play.

So really, it provides a unique blend of casual and strategy for your phone. This makes it much more fun to play, mixing the two. So it's great if you just want to chill out and feel the natural satisfaction of wrecking things within a video game. But also, you can use your head to make attack the right spots. And the strategy aspect is brilliantly light, so you don't need to overthink things.

One of the nice things about Spire Blast is that it has a load of levels. The more you play, the bigger the castles get adding to the fun. And of course, you can go back and tackle levels that you previously completed to hone your skills out there.

Not only do towers get bigger, but they also can have some differences in shape. It's really a good way to keep you busy. It adds to the overall immersion of the game. Sometimes, depth in a game can equate to immersion and that's what Spire Blast has.

And with how simplified the game is, it definitely opens the doors for the extra levels. You never know what to expect when you get to each castle too. This is something to definitely take advantage of if you're interested in playing the game.

For a game with a pretty simple concept, Spire Blast is also is very pleasing to the eyes. The several vibrant colors of the towers pop out on your iOS screen. Not only that, but the background locations change each time that you start a new level.

This is great for game pacing. Instead of providing a single backdrop for each level, you are provided with something new to look at aside from the new castles. It might be something that could get overlooked, but as you play, you'll begin to appreciate it more.

Sometimes, in video games, it's the little details that can add a layer of immersion to the experience. The game does a solid job of featuring the scenery without distracting from the task at hand which is to bring down those lovely, candy-like towers.