The creator of the upcoming cyberpunk opera 5734L3R and the missing-in-action MAZE has revealed a "secret side-project" called Spell Masters.

It's a turn-based action-puzzler in which you'll play a witch. Her adventure takes you across grid-based levels. In battles, you'll want to keep your distance from enemies as you can only attack by casting spells in one of four directions.

These spells are found around the levels themselves and are collated in a spell book for future use. You can upgrade each one twice providing you have a mana sphere.

There's also a belt that you can acquire that allows for quick slots for spells and health potions. This means you won't have to constantly move back-and-forth between menus.

You'll also find NPCs that advance the game's story as well as merchants who will sell you health potions. You can also obtain an item to increase your character's maximum health. 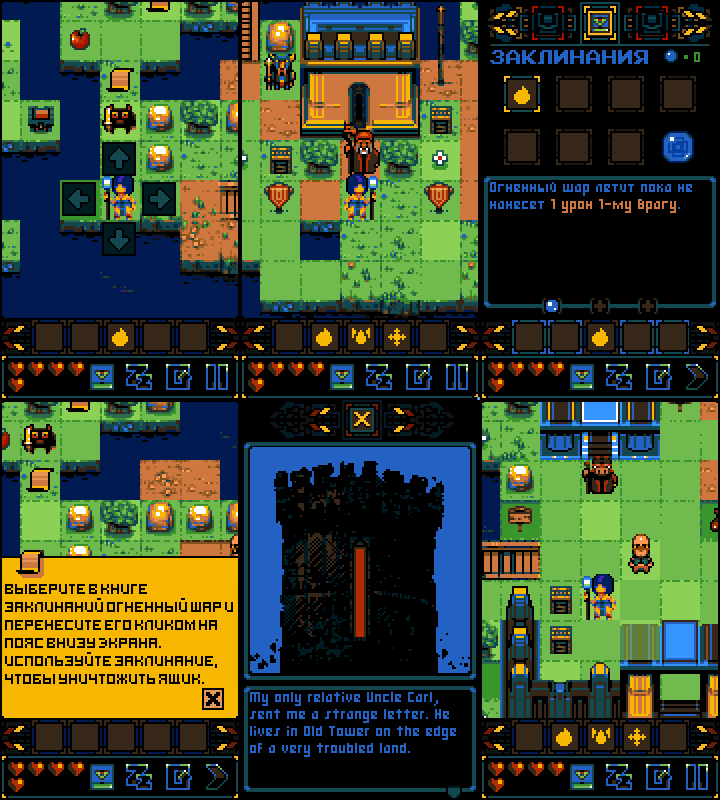 The last thing that we know about Spell Masters is that you can unlock new characters that have more powerful spells. They also encourage different playstyles when completing quests.

Hopefully, Spell Masters will be out on both iOS and Android soon. You can track is progress on TIGSource, Facebook, and Twitter.

Thanks Christian V.
Next Up :
Pokémon Go teams up with Amazon Prime Gaming to bring exclusive in-game goodies to Prime members