Come in first place every time!

Sonic Forces: Speed Battle has hit mobile devices everywhere, so it’s time to take a run on the wild side with the blue blur.

If you’re looking for advice on sharpening up those moves and unlocking all the game’s characters, this guide can help.

Just follow the advice below, and you’ll become a Sonic Hero in no time. 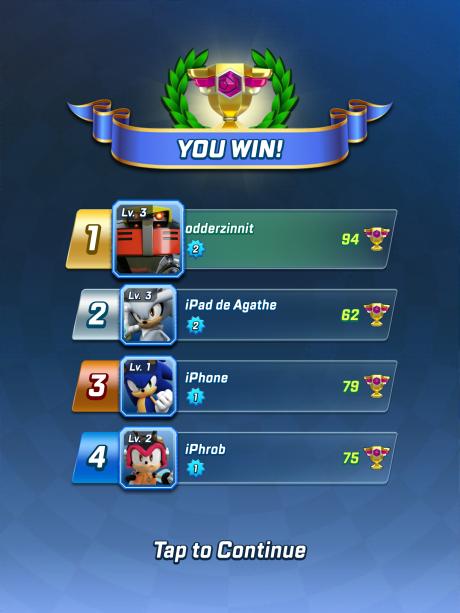 Show me your moves!

First of all you should learn Sonic and co’s moves and how they play. Every character will be able to slide by sliding down on the screen, jump by sliding up, and shift lanes by sliding side to side.

Each character has different stats too, Speed, Acceleration and Strength. Speed relates to your top speed, which is very important, while acceleration is how long it takes to get there, and Strength will dictate how long you struggle to move for after getting hit.

If you get good at your moveset, you shouldn’t have to worry about getting hit too much, but Acceleration and Speed definitely help. 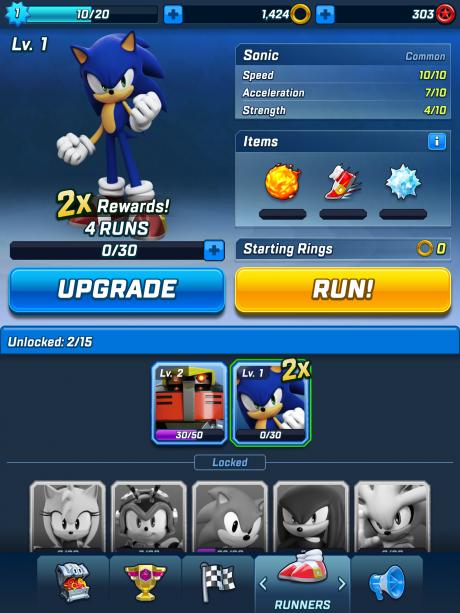 For most things you’ll be able to jump over gaps and obstacles, though taller ones will require an obvious lane switch. Some obstacles may have a gap underneath to slide through, though.

Ultimately, the only thing that will familiarise you with the stages are playing them and making mistakes, but don’t worry, they’re short and easy to memorise. 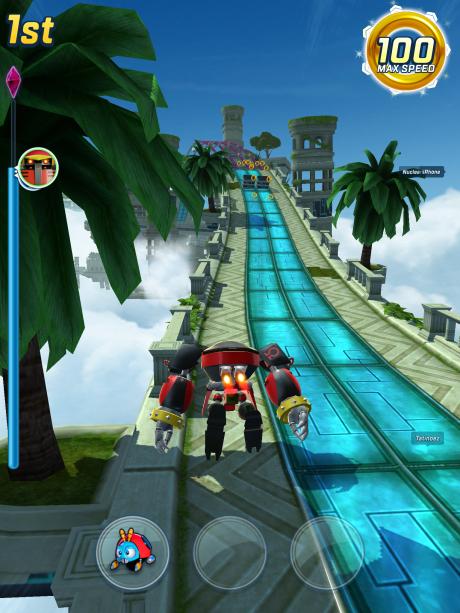 After winning races you’ll earn chests with loot in them, and more often than not that loot will go towards new characters.

You’ll get a chest with small amounts of parts to unlock characters for placing First, Second or Third, and you’ll get double the amount of parts by using your lead racer, indicated by the 2x on the character select screen.

For First place, you’ll get Victory Chests that require time to unlock, more time depending on which tier of chest you’re lucky enough to get. Visit back often to unlock both these chests, and the regular free chests. 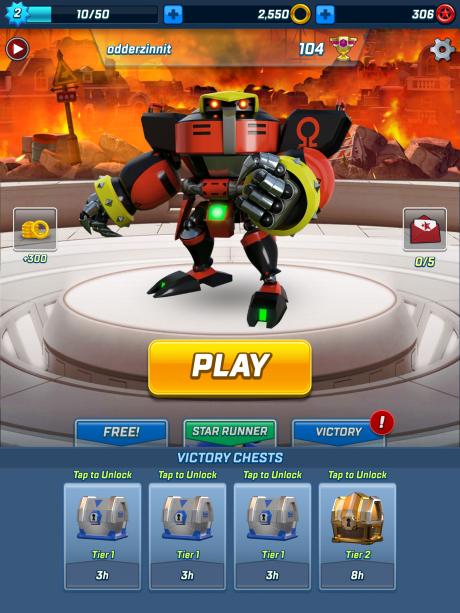 If you’re getting character parts but you already have that character unlocked, you can put those parts towards upgrading your team.

Suddenly, the slow Omega will speed up, and other characters will have their weaknesses buffed too, meaning every character can become the very best and win races.

You’ll require rings to upgrade too, but you’ll come across plenty of those while racing. 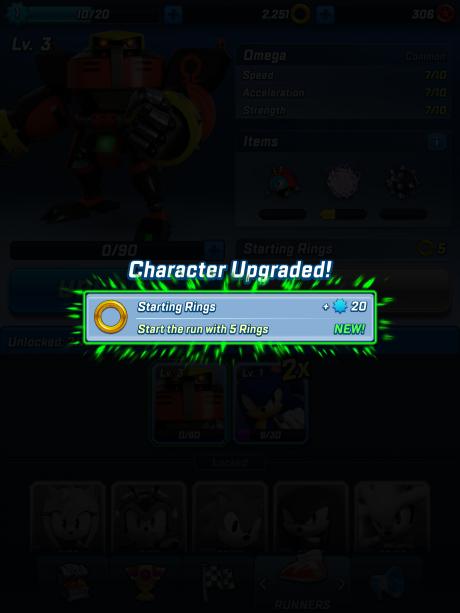 Finally, once you’ve familiarised yourself with the game, it’s time to shut down the other racers.

Picking up item boxes will put items in the circles near the bottom of the screen, with spiked orbs and ice orbs being great to block opponents which are just ahead - these can be jumped, and will be placed into each lane aside from your own.

The speed shoes have to be the most helpful though, and will give you a massive boost allowing you to shoot ahead of other racers. Just be wary of the obstacles up ahead! 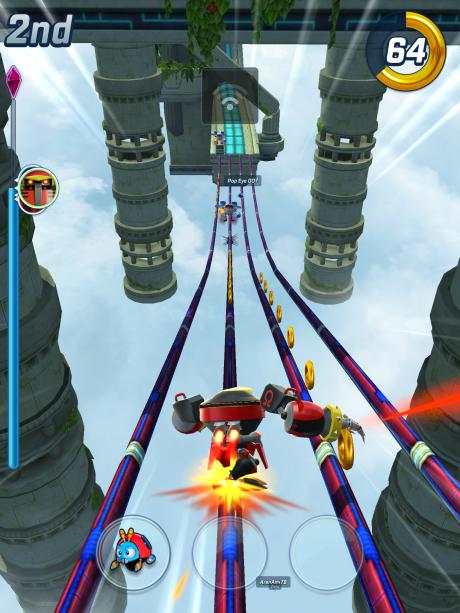