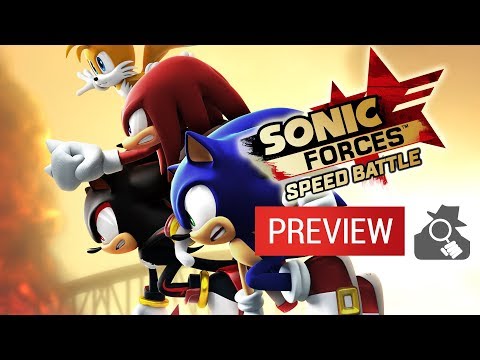 Remember Sonic Dash? It wasn't just a 3D Sonic game (yuck), but a 3D mobile sonic game (double yuck). But do you know what? It wasn't bad at all.

Okay, so it lifted the Temple Run endless running template wholesale. But it was a well judged spot of pilfering given the nature of the character - one that runs fast and jumps a lot - and the game itself was executed well.

Sonic Forces: Speed Battle builds on that good work by adding an extra human element. It's in soft launch on the Philippines App Store right now, and here's what we make of it so far.

Of course, Sega would point out that Sonic got there way before Temple Run.

If you've ever played Sonic 2, you'll remember the bonus levels that pulled in behind Sonic and Tails as they ran through a series of twisting levels, hoovering up rings. Which is pretty much what you did in Sonic Dash and it's what you do again here. 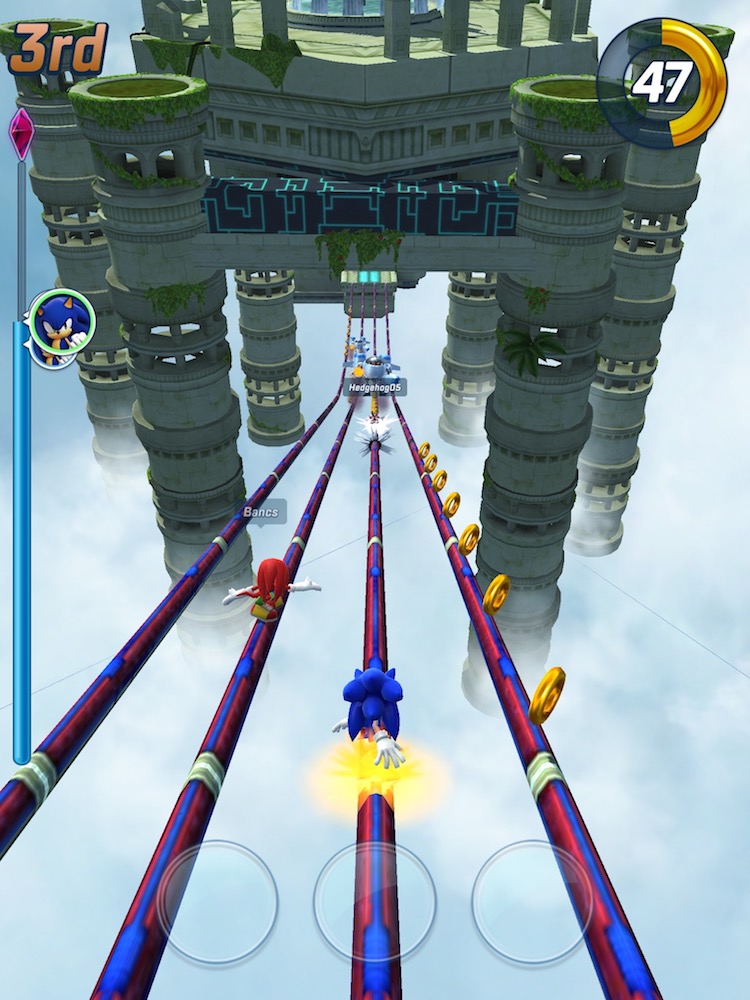 What Sonic Forces: Speed Battle seems to remember is that those Sonic 2 bonus levels were even more fun when a second player joined in the fun.

Whereas the multiplayer action there was local and cooperative, however, here it's online and competitive. As such, the name of the game is to get to the level exit before up to three real (and real-time) opponents.

Along the way you'll be dodging hazards by swiping left, right, down and up to shift lanes, slide, and jump respectively. You'll also want to collect rings (hey, it's Sonic) and useful items.

Those items act in a similar way to the power-ups in Sonic & All-Stars Racing Transformed - single-use weapons for holding up or slowing down your opponents. There are fireballs, wind walls, speed-ups and more to use, and you can hold three at once. 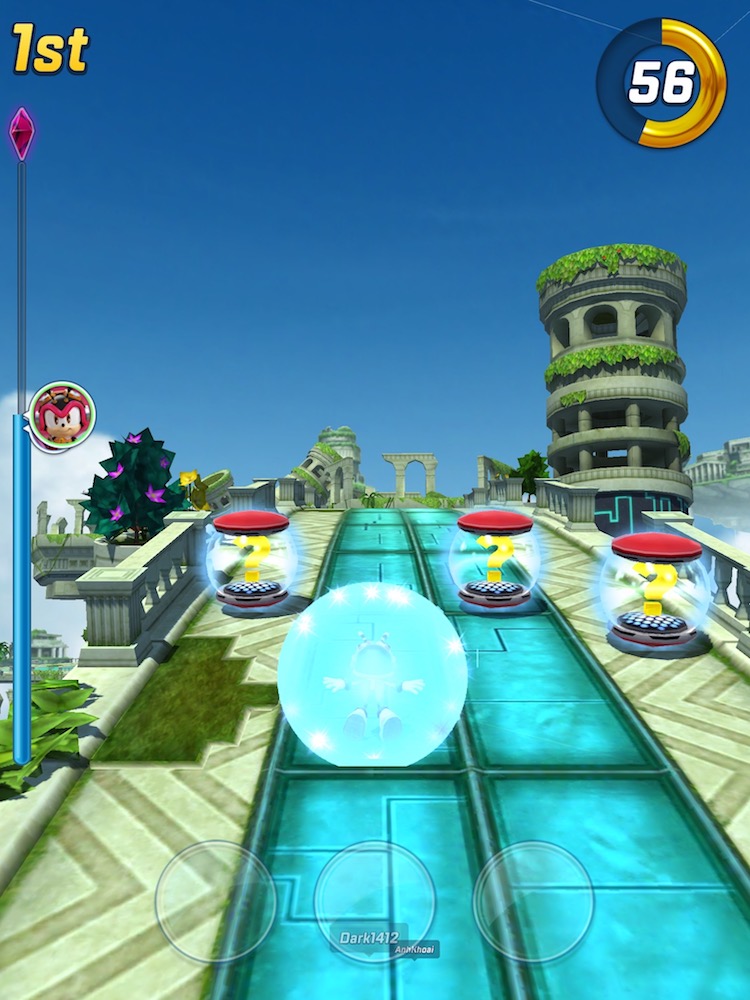 So far it all feels jolly playable. We've all played far too many multi-lane autorunners by now, but it's amazing how much extra interest is generated simply by turning the same thing into a race against real opponents. It's much the same trick that ReRunners pulled with the 2D platformer - though perhaps not as inventive.

You also get a load of freemium stuff to wade through, such as chests filled with cards that accrue to help you unlock characters. There are also wait timers and ads. Of course there are.

Whether this will all be balanced sufficiently - and whether there's enough depth to the core racing - to keep you playing remains to be seen. But this particular runner feels like it's on the right track.