'No plans’ for Sonic CD on Xperia Play, says SEGA

I got the blues

Sonic CD will be coming out in December for all mobile platforms, including Android, but Sega has revealed to Pocket Gamer that there are currently no plans for an Xperia Play-optimised version of the game.

However, the developer also added that this doesn’t rule out the possibility that this could change in the future.

“SEGA is always interested in supporting all mobile platforms,” said Ken Balough, brand manager for Sonic CD. “And we agree, Xperia Play offers some pretty unique opportunities for us as publishers... you never know when we’ll announce something new.”

Sonic CD was originally released on the commercially unpopular Sega CD, so it wasn't a big hit at the time. Sega seems determined to right this injustice, with the re-issue hitting iOS, Android, and Windows devices. The game will include platform-specific features such as widescreen graphics and Xbox Live achievements.

The game, which will also feature Tails as a character, has already been released as a pre-installed app on a few select tablets on sale at GameStop. Everybody else will have to wait another few weeks. 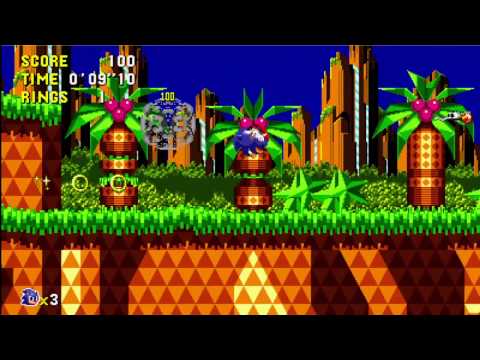