Get a load of this!

Apple TV
| Sonic CD
Update on March 24th at 09:20: Sonic 2 is now out on your Apple TV. If you bought it previously for iOS, it should show up on your purchased list.

Thanks to an update that just hit Sonic 1 you can now play it on your Apple TV running tvOS. The same will be done with Sonic 2 on March 24th and finally Sonic CD on March 31st.

This means that if you already bought the game, it's there at no additional charge. 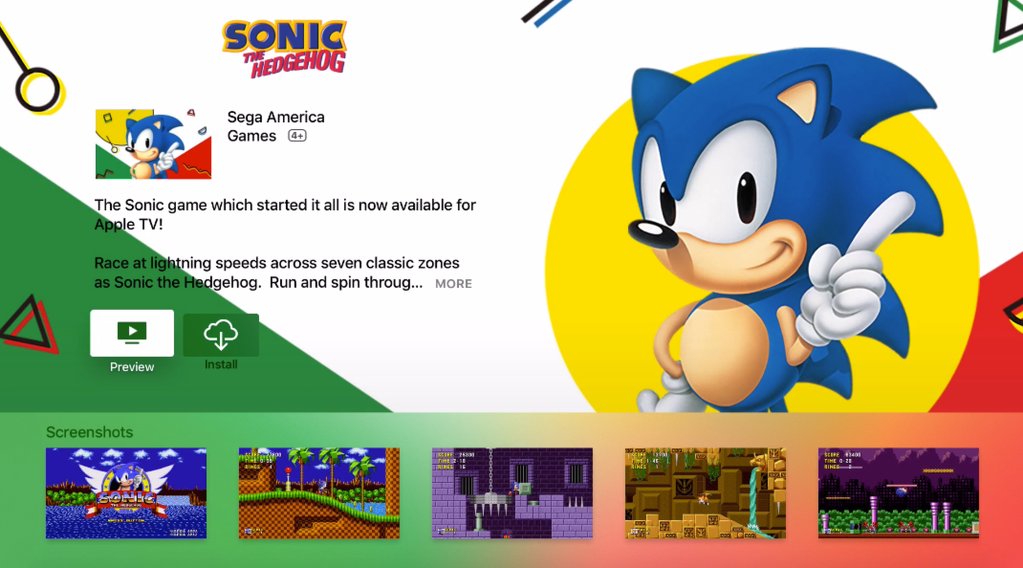 There's nothing more to say really, as it's pretty much it. You might not know that these Sonic games are remastered version running on a smoother engine that feels particularly better.

This should make for a great TV game if you have a MFi controller. I can't imagine playing it with the included remote.