The circle of life

Sometimes You Die may be a depressingly honest title, sure, but it does mirror the reflexive nature of this upcoming iOS platformer.

Kamibox has tortured us before with the Silver Award-winning Cyro.

Now, it's hoping to do that again with Sometimes You Die. This time, however, the rules are different.

Mostly, it's a game about using your own corpses to traverse the levels. You'll have to deliberately kill your square on a bed of spikes so the next 'you' can use that dead body to get across.

However, this is also game about being a game inside a phone. 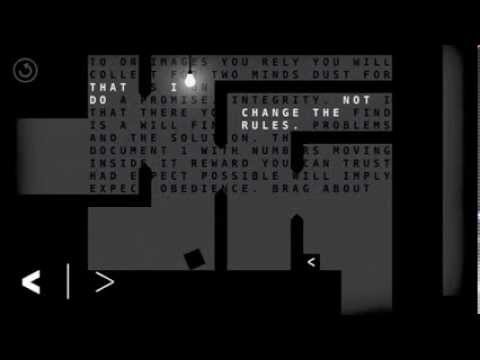 If that's not confusing enough, there are messages in each level about the nature of death and the meaninglessness of rules.

The aim is to reveal how much you take established rules for granted. In one level, for example, the dev taunts you by stating it could charge you $9,999 per level if it wanted to.