Pixowl's city builder Snoopy's Town Tale has relaunched with updated visuals to celebrate the 70th anniversary of Peanuts. The overhaul also brings a whole host of new content for players to get stuck into as well.

The updated art style pays homage to Charles Schulz's original comic book style he had for Snoopy and co. They're now hand-drawn with a more two-dimensional look than the more modern style it used previously.

It sounded like a fairly large amount of work with each character and animation being altered. Considering there's a decent amount of characters in the game it probably took a lengthy amount of time to redraw all of them. It's not just a new coat of paint the game has received, however. The new content I mentioned earlier is now available in the game as well. It adds new a character called Roy who played a minor role in the comic strip. 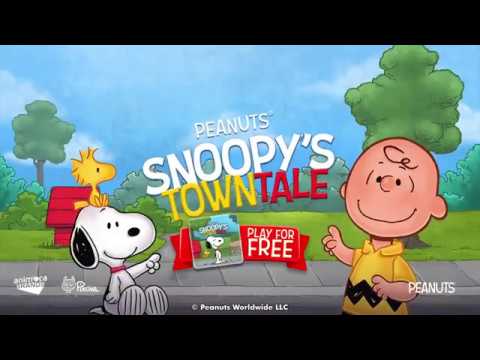 There are also new adventures themed around the school. One of these tales deals with Peppermint Patty being upset that she's never received a Gold Star in school whilst another will see Charlie Brown ponder his chances of winning a spelling bee. This additional narrative is nothing new to the game however as Pixowl always add new content on a monthly basis.

If you're unfamiliar with Snoopy's Town Tale it's a city builder game where you're creating a town with the stars of the show. You'll build iconic locations that you can then explore and complete numerous quests in them. It's attracted over 5 million players since its initial releases and holds over a 4-star rating on Google Play.

Snoopy's Town Tale is available now on the App Store and Google Play. It's a free-to-play game with in-app purchases.