With SNK being the developer behind long-standing fighting franchise King of Fighters, you'd expect basically any fighting game to come from the studio to be pretty good.

Yet SNK Heroines: Tag Team Frenzy just misses the mark on so many points, thanks to its simplicity in basically every area of the game.

It's an enjoyable enough party game, and there's more fanservice in here than you can shake a stick at, but it falls flat just about everywhere else.

The premise of SNK Heroines is that fourteen female characters from previous SNK games have been transported into a weird mansion and forced to fight each other in skimpy costumes for the evil-doers perverse desire.

Fights are 2v2 tag battles, as the name suggests, with both characters sharing a health meter but maintaining their own special meter.

The goal isn't to knock down your opponent - instead you need to whittle their health down to its last bar before hitting them with a Dream Finish move. 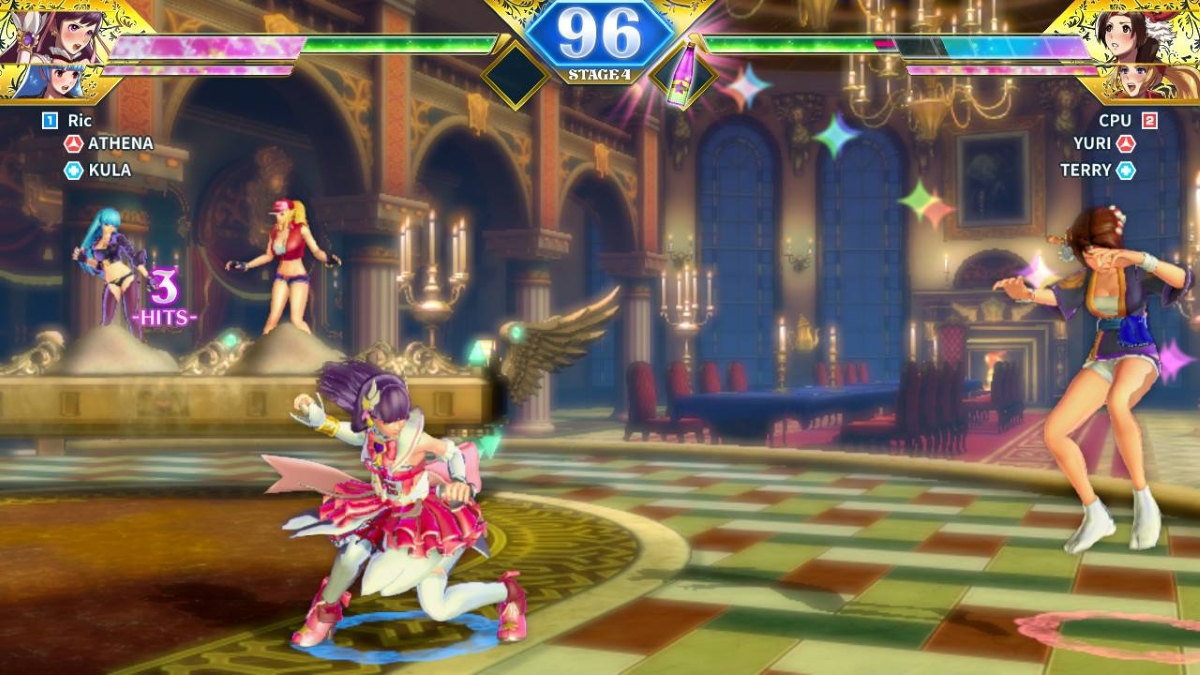 You have buttons for light attacks, heavy attacks, grabs, and special attacks, as well as a button solely for tagging in and out. You can also use items that drop into the stage at random points by flicking the Right Stick.

It's incredibly simple, and ultimately it means there's not a whole lot of depth to the fighting. You'll struggle to chain together combos that deal any real damage, and when you do find one, you'll spam it outrageously until you can land a Dream Finish.

The items - ranging from health potions to banana peels and everything in-between - add an extra bit of chaos to proceedings, but actually making them land is a whole other matter, and you'll mostly just be flinging things around with wild abandon, praying something lands.

That can be fun, of course, but it feels wrong somehow. SNK Heroines is definitely more of a party game than a true fighter - it's lightweight silliness that you probably weren't expecting from an SNK fighter.

It's fairly light everywhere else too. You have a roster of 14 characters, which isn't exactly huge, and you'll need to find two you're comfortable with since every battle is tag-based.

Each character controls in basically the same way to boot, echoing a move to simpler controls seen in games like Dragon Ball FighterZ. But with so few moves to perform in the first place, it just doesn't quite work here. 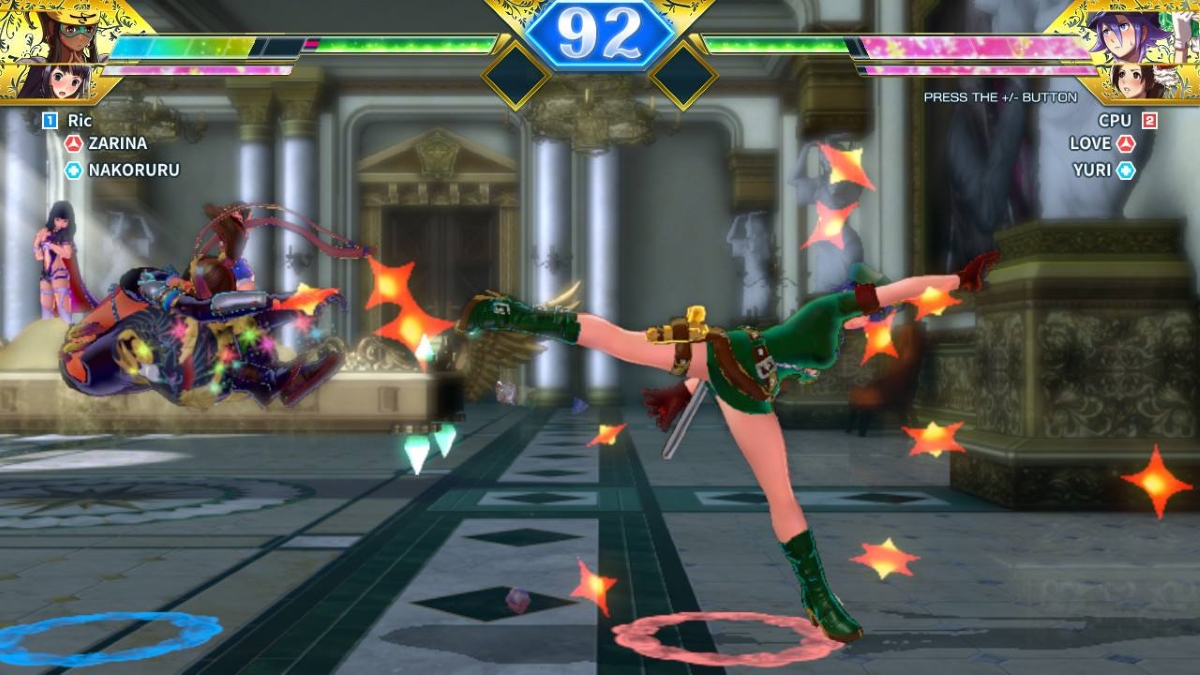 Outside of the story you've got your standard versus, survival, and online modes, but that's it. The big thing here instead is customisation - yes, you can choose which skimpy outfits your fighters wear, and give them a range of ridiculous accessories to really make them look stupid.

It's all just… fine. The core fighting is fine. The amount of content available is fine. There's nothing in SNK Heroines: Tag Team Frenzy that really stands out as new or innovative, or even that good.

If you're just looking for some silly fun with pretty ladies, then this is probably a good bet. Its quick, chaotic battles can be quite fun for a time, and it's a pervert's paradise thanks to its customisation options and scantily-clad leads.

But if you're looking for a "proper" fighting game, this definitely isn't it. It's shallow in just about every way imaginable, and once you've scratched beneath the well-endowed surface, you'll just find a hollow fighting game that you'll toss aside after a few hours.

SNK Heroines is all about the silly fanservice, but it's at the expense of having a satisfying combat system and any real depth
Next Up :
Star Discord review - "Needs polish, but it's shaping up to be a true RTS on the go"