With PG First Play video (Updated: Out on Android, too) 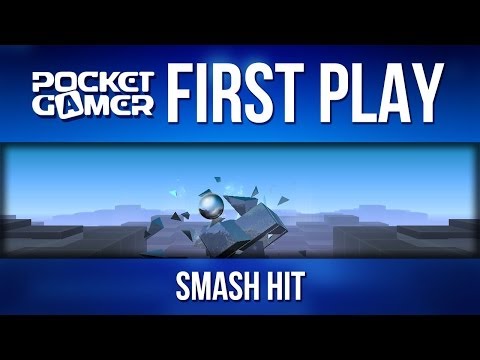 Subscribe to Pocket Gamer on
Updated on March 7th, at 09:11: If you're a gamer of a 'droid persuasion, you can now grab Smash Hit for Android, too. It won't cost you a penny [download]. And if you like smashing things, it's well worth it. Original story follows... Smash Hit is a game for people who revel in the crashing noise of a smashed pane of glass. It's an ambient first-person pinball chucker, and it's available on the App Store right now.

You zoom down a linear corridor here, pelting smashable things with balls by tapping on them. By smashing pyramids, for example, you'll gain extra balls. You'll need to shatter other obstacles, though, lest your digital face collide with them, causing you to drop some balls.

The game itself was developed by Mediocre, the studio responsible for the Sprinkle games and Granny Smith. But none of those involves smashing things quite as much as this new one.

You can download Smash Hit for free from the App Store right this second. And you ought to if you fancy some atmospheric ball-flicking destruction.

Glass is the clear victim in this Smash Hit trailer