Slime ISEKAI Memories, the 3D battle RPG, has released on iOS and Android

Slime ISEKAI Memories, inspired by the famous anime series That Time I Got Reincarnated as a Slime is available for download on both Android and iOS. Fans of the series have undoubtedly been looking forward to this one, so let's hope it meets their expectations.

Slime ISEKAI Memories is another anime-inspired title. Anime fans have probably heard about the famous show That Time I Got Reincarnated as a Slime. It is a replica of the series in video game form. It is a 3D action RPG published by BANDAI NAMCO, a Japanese video game developer famous for anime-adapted titles and iconic games like Pac Man, Tekken and Ace Combat.

It closely follows everything from the anime’s first season. From characters to voice actors, everything is the same as in the series. It was created under the supervision of the show’s original author. The theme song, Phantom Lights, was produced by the original singer of the show, Takuma Terashima. For any anime fan, this is a dream come true. Everyone wishes to experience the thrill and powerful combat as well as the hilarious moments that they have seen in their favourite show. And Slime ISEKAI Memories lets you virtually experience that. 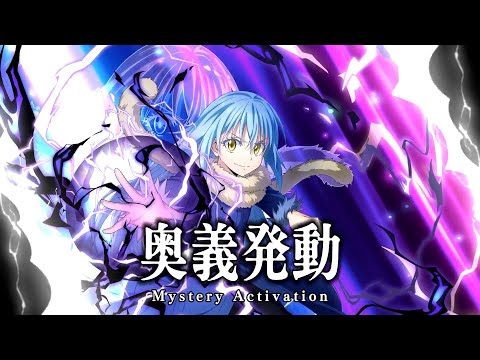 Slime ISEKAI Memories is Now Out!

Slime ISEKAI Memories is finally out. It is available worldwide except for a few specific countries. Players can download it from Google Play and the App Store. All players who are pre-registered will receive many in-game rewards, such as recruit tickets, stamina recovery items, intelligence magistone, and much more.

It's a big title, the app size on iOS is 3.1 GB, and on Android, it's around 861 MB, along with in-game downloads of approximately 2 GB. You can also visit their official site for more details.

Looking for more RPGs? Check out our list of the Top 25 best RPGs for iPhone and iPad (iOS).
Next Up :
Gate of Nightmares, the highly anticipated RPG, is out now in Japan

That Time I Got Reincarnated as a Slime: ISEKAI Memories teams up with PAC-MAN to bring an arcade mini-game, login bonuses and more