[Update] Skateboard Party 3 is trying really hard to be mobile's Tony Hawk, out now on iOS

iOS + Android + Windows Phone
| Skateboard Party 3
Update on May 26 at 09:38: We'll have a review for you later today but you can already check out Skateboard Party 3 on iOS right now for £1.49. Is it mobile's Tony Hawk? You'll find out soon enough.
We may have had the best Tony Hawk in the series at some point on iOS, but it has since disappeared from the App Store and it came before MFi controllers existed, which could have helped a lot with the game's controls.

So, while some skateboarding games came out, none really stood out on mobile. Skateboard Party 3 really wants to take that crown though and it shows. The game features secret areas, known skateboarders and even letters to collect. 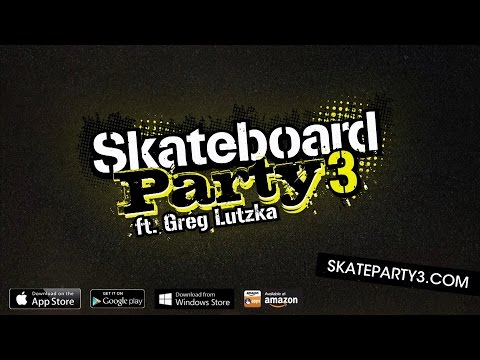 But it's also quite fully featured with a carrer mode, a free roaming mode and even online multiplayer with your friends. Animations are looking a bit janky on the trailer but it might be better in game.

You'll be able to pull off combos with the game's touchscreen controls or with your MFi controller.

The game's getting released this week on iOS for $1.99 with an Android and Windows Phone release planned for June 2nd.

How does Skateboard Party 3 compare to Touchgrind Skate 2, Infinite Skater, and more?