Scream if you want to go faster

Usually, we get advance warning of a 'big game' hitting the App Store, so we were pretty surprised - to say the least - this morning to discover Sine Mora was now live on Apple's digital emporium.

For those of you who are unfamiliar with it, Sine Mora is a frantic bullet-hell-style horizontal shmup in which you take control of an aircraft that's equipped with two different weapons.

You have an upgradable primary weapon that - through consecutive kills - constantly increases your score multiplier, and a limited-use secondary weapon that's considerably more powerful.

You'll need to use both weapons, as well as any power-ups you stumble across, if you wish to survive against the waves and waves of on-screen enemies that will try to take you down at every opportunity. 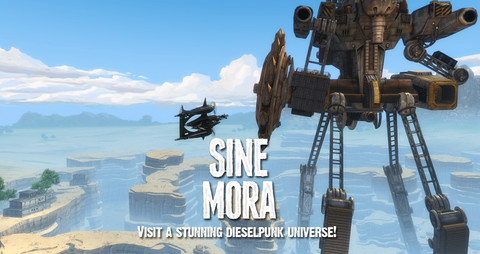 Story mode, in particular, has been designed with shmup noobs in mind, so don't be put off by Sine Mora's 'bullet-hell' status if you're completely new to the genre.

Be warned: this shooter isn't currently compatible with the iPhone 4 or the fourth-generation iPod touch.