If you like your shooters to be eye-meltingly pretty, have difficult-to-follow stories, and feature boss battles that take up more than the whole screen, you're in luck.

Especially if you're a bit of a cheapskate.

That's because Grasshoper has slashed the price of its Silver Award-winning bullet-hell blaster Sine Mora in half, meaning you can pick up this gorgeous time-bothering title for just £1.99 / $2.99.

At review, we called the iOS version of Grasshopper's console classic "slick, polished, and an awful lot of fun". We also mentioned that Sine Mora "is a must-play for iPad shooter fans". 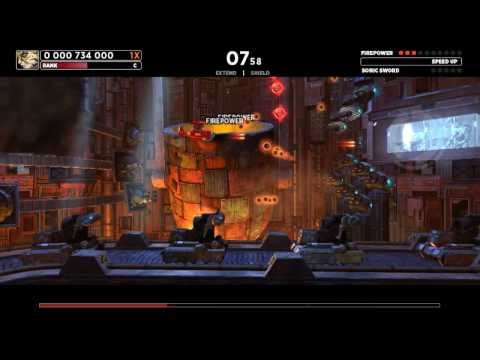 Sine Mora features a neat control system: because the action remains in the middle of the screen, your fingers still have the space to dodge and weave through the hail of bullets that's thrown in your direction.

There are plenty of modes to get stuck into here, and the game is tough enough that even seasoned veterans will find it a challenge.

Unfortunately, the 'droid version of the game hasn't had its price cut in line with its iOS cousin, meaning you still have to pay full whack for the game if Android is your mobile gaming platform of choice.