It’s been exactly one year since Shrouded Citadel first arrived on the app stores, and whilst some of the AR aficionados among you might be forgiven for not catching it on release (given the pandemic and spate of lockdowns), now really is the perfect time to try it, with the epic-sized AR adventure puzzler having just launched for Oculus Quest.

Having tested the game ourselves last year, we can tell you first hand that Shrouded Citadel truly embraces AR technology on a scale seldom attempted on the platform. Utilising a 1:1 scale environment that places you in the depths of a daunting 3D dungeon, you’ll find yourself both bewildered and enthralled by the scope of the game as you navigate its myriad of puzzles and ghoulish enemies. You’ll need plenty of room to get the full experience so an outdoor space is advised, however you’ll always have the option available to reorientate the game’s axis to avoid running out of space (or risk falling into a stream as our very own James Gilmour narrowly avoided during our play test). 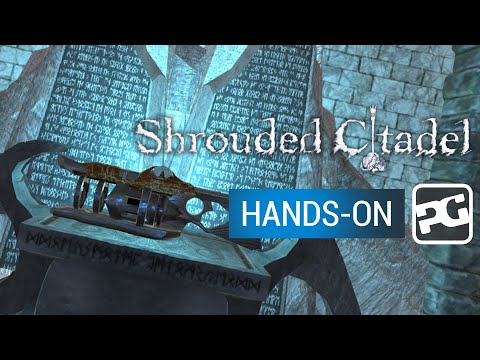 Shrouded Citadel’s launch on Oculus Quest also comes with a range of improvements to its gameplay, including a greater range of interaction capabilities. To learn more about how Shrouded Citadel has fared since its launch and how the future looks for this brilliant adventure game, we had a catch-up interview with its developer, Robert Pifer.

First off, how has Shrouded Citadel performed so far and has it met with expectations?

I wanted to develop an AR project that was quite different from anything else available. I also went into this project to help me build experience in developing AR/VR games and apps. So far I feel like Shrouded Citadel has done better than I initially thought it would, and all the feedback I have received has been very constructive and positive.

What lessons have you learned which you'll carry with you into your next projects?

Traditional ways of developing games has its purpose, but don't be afraid to think outside the box. That's why I think the AR version is so unique. The issues I had to work through immediately made the development process less “this is how you make a game” and more “this is how you make THIS game.” Tools I was able to utilise in the VR version I couldn't in the AR version, such as occlusion culling and light mapping. With the combined experience from both versions of the game, I'm confident in bringing a more conceptual mindset to future projects.

What improvements have been made to Shrouded Citadel since launch?

I've had to make the usual minor bug fixes (frame rate on specific devices, texture popping, adjusting mechanic balance). In the VR version, since you're not physically moving, I've made everything faster and anything that does damage hits harder. In my opinion, it made the VR version more fun and challenging. 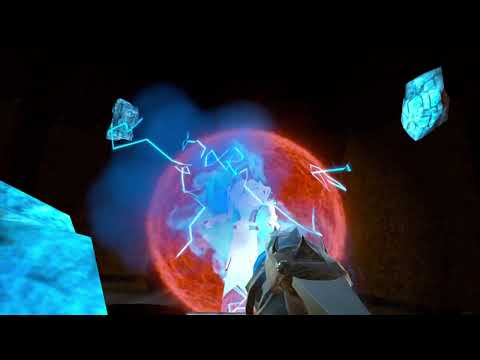 With a lot of attention currently on the metaverse, how do you see the future of AR/VR developing in the coming years? Are we set to see it embraced on a much grander scale?

I think we should embrace it on a grander scale. Not only is it the most immersive media platform we currently have, we're free of the hardware limitations of owning a PC that can run VR. Obviously the PC required headsets will have more power behind them, but products like the Quest 2 are making VR incredibly more inclusive.

I currently have plans for a future project that will function similarly to Shrouded Citadel in the AR/VR environments. This may be a continuation to the story where we go to a different environment and have completely new traps, puzzles, enemies, and bosses. Maybe rework some aspects of combat and add to the foundation I already have.

If you'd like to enjoy Shrouded Citadel’s unique AR/VR experience for yourself, you can download it now from the iOS App Store and on the Google Play Store for Android devices, or Oculus Store for playing on Oculus Quest. It's a premium title that costs $1.99 (or your local equivalent), but you can also find Lite versions available if you’d like to try before you buy.

What's A Preferred Partner Feature?
From time to time Steel Media offers companies and organisations the opportunity to partner with us on specially commissioned articles on subjects we think are of interest to our readers. For more information about how we work with commercial partners, please read our Sponsorship Editorial Independence Policy.
If you're interested in becoming a Preferred Partner please click here.
Next Up :
App Army Assemble: Fury Unleashed - "Does this side-scrolling roguelite shooter translate well to mobile?"

Shrouded Citadel, the AR dungeon adventure game, is out now for iOS and Android

Shrouded Citadel, the upcoming AR dungeon game, lets you run, dodge, and crouch IRL to find your way out