Vblank Entertainment has announced a sequel to the Gold Award-winning Retro City Rampage and it's called Shakedown Hawaii.

It takes place 30 years after the events of Retro City Rampage and stars the same anti-hero, but now he's fat and balding.

The idea is that he's come out of retirement to micro-manage his global empire "from the boardroom to the streets."

Whether that implies there will be some actual boardroom antics or we'll just be blowing things up on the street again is yet to be seen. 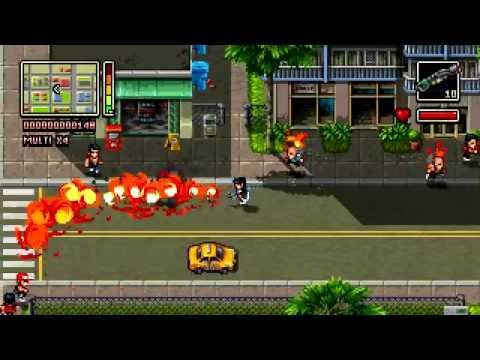 As well as that, the NES-stylings of Retro City Rampage have advanced to the 16-bit era.

As you can see in the trailer above, the destructible environments all pop out of the screen a bit more.

Shakedown Hawaii will be coming to PS Vita, PS4, PC, and Nintendo platforms - we assume that means 3DS and Wii U at least.

You can look out for more info on the game when it comes over on its website.