Action-packed, highly engaging, and gorgeously cinematic, Seven Knights 2 is a shining example of mobile games with triple-A quality. Netmarble's adrenaline-pumping action RPG spares no expense when it comes to top-notch content for players, and I still find it hard to believe it's a free-to-play game.

In Seven Knights 2, you'll not only get to jump right into fast-paced combat as soon as the story starts, but you'll also have the pleasure of discovering the new characters and their relationships with each other via the ongoing conversations and interactions they have while you're battling foes in the field. Combat itself is an exhilarating affair, where you'll have to figure out the best strategy to use to maximize your four-character team's unique skills with every match.

In particular, every new hero you pull from the game's gacha pool will not only have their own stunning character designs and combat animations, but they'll also have specific builds that contribute to your squad's effectiveness in battle. They also have Ultimate skills that can turn the tide in your favour in a pinch - your beginning team of Lene, Lukey, Cheng Chen, and Kade actually provide a pretty good balance as you first start out on your quest.

While some might think that the large and looming "2" in the game's title means playing its predecessor is a requirement to enjoy the sequel, Seven Knights 2 begs to differ. Loyal fans of the franchise can definitely get a kick out of the world of the OG Seven Knights, but as the sequel opens up to a new era set twenty years after the events of the first game, new players can discover fresh content that stands on its own. 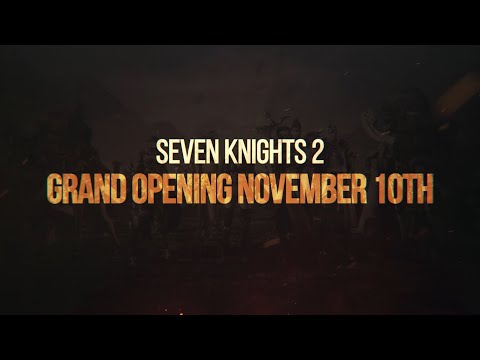 And yes, there's a heck of a lot of content. Apart from the main campaign, you can sink your teeth into the specific Dungeons available (Gold Dungeon, Soulstone Quarry, Elixir Dungeon, Experience Dungeon) to farm materials and valuable resources to help with your characters' progression. I specifically enjoy playing through the Celestial Tower, where you can clear floors to score valuable rewards with each mission.

As the perfect icing to the cake, you can dive into all these while feasting your eyes on the jaw-dropping visuals of the whole game. Every single cut scene is fully voiced and acted out with cinematic quality - watching the scenes play out almost makes you feel like you're enjoying a movie and you forget that you're playing a game. In fact, if you feel like you have a lot on your plate at any point, you can simply toggle the Auto button to automatically track your missions and engage in auto-fights - all you have to do is sit back, relax, and watch the scenes and battle sequences play out before you.

Of course, nothing beats manually controlling the fights yourself. Enemies themselves are as varied as your own team, with different attacks that pose quite an interesting challenge even if you might feel like you have the upper hand. For instance, you can hit the Rally button to make your teammates follow your main character in order to avoid an enemy's cone or radius of attack, or even snipe from afar while your tanks and DPS heroes deal devastating damage head-on.

Overall, Seven Knights 2 is an impressive free-to-play title that proves premium quality doesn't have to come at a premium price. If you're eager to join the adventure and experience it for yourself, you can download the game on the iOS App Store or on Google Play for Android devices.

Seven Knights 2 introduces the first part of its 1-year anniversary celebration, handing out some free rewards