A huge amount of work goes into each and every scene, from artwork to the story at every scene’s core. Here’s how developers MyTona bring Seekers Notes: Hidden Mystery to life.

It all starts when the game designers and writers sit down together to brainstorm ideas, drawing. inspiration from a large number of sources.

“Our team is our inspiration. A lot of designers and game designers work on all graphics,” MyTona says. “They all have different interests - reading, listening to music, playing games - and [are] always open for new ideas.”

The writers will then sketch out a more detailed plot while the designers take notes in order to give the artists references for the artwork. The artists will work to build the setting up around these story ideas.

The artists draft a number of different concept sketches for each level. If you take a look at these early drawings of the “Circus” scene, you’ll note that there are four rudimentary concepts: 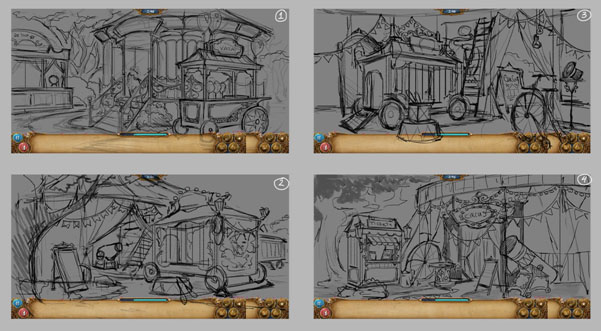 The development team then selects the best drawing before they begin to fill in the greater details. They’ll work together on colours, shading and lighting. Teamwork is key here. Even during this stage, the original drawing will go through some pretty drastic changes. Look at how much the “Circus” has evolved from its initial sketch: 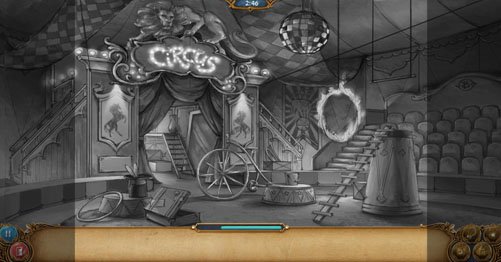 Once that’s done, the designers can add 3D effects to the scene to really make the setting shine. The added dimensions and texture make the scene feel a lot more lifelike. 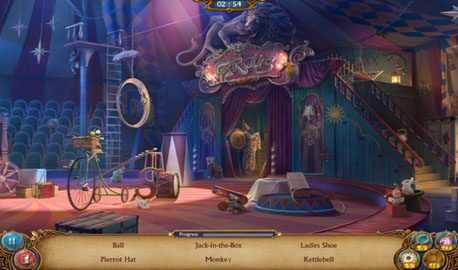 That may seem like a lot of effort, but the hidden objects haven’t even been added into the scene. Surprisingly enough, the team draws them in retroactively. Tricky, tricky. A lot of thought goes into this stage of the process. These objects are essentially the main gameplay mechanic, after all.

MyTona goes through this process every month to add new content to the game. These regular updates add new quests, locations, rewards, and loads more for the sake of the fans. It’s all an effort of love for the developers. MyTona says of their handiwork:

“We love all our updates we released. They are all unique and interesting. But especially we did well [with the] Christmas update and update with Dragons which surprisingly fit our game thereby pleasing our players and us.”

Arguably one of the most stunning visual games available on appstores right now; Seekers Note’s gorgeous graphics takes centre stage in driving the story forward and challenging its players. It’s truly eye-opening to see all that goes into the creation of a game. If you’d like to see the developer’s hard work in action, Seekers Notes: Hidden Mystery is free-to-play on both iOS and Android.