A branch of the legendary game development company Square Enix, responsible for titles like Final Fantasy or Tomb Raider, Square Enix London has announced that it is working on an upcoming mobile RPG. The details are pretty slim and the announcement was given in a Tweet from the official Square Enix Twitter account, but we do know another big mobile release is on the way.

As previously mentioned, details are pretty scarce. All we know for now is that there’s a Square Enix London developed mobile RPG coming soon, and that the closed beta for it should be hosted pretty soon, as that Tweet offers a link to apply with. The test also requires you to be 18+. While that could just be for sign-up reasons, it’s also possible this might be an M-rated title, which could potentially be a darker and grittier game. Beyond all of this, however, it’s mostly speculation.

What we can rest assured of though is that this will likely be a bigger budget game, given who’s behind it. This announcement is also awfully interesting given that Square Enix London already has two upcoming games on the way; Tomb Raider Reloaded, which has soft-launched in a few regions already, and a currently untitled game based on Nickelodeon's Avatar: The Last Airbender. It’s unlikely this beta is for either of those titles, as the Tweet specifically refers to this as a new mobile RPG. 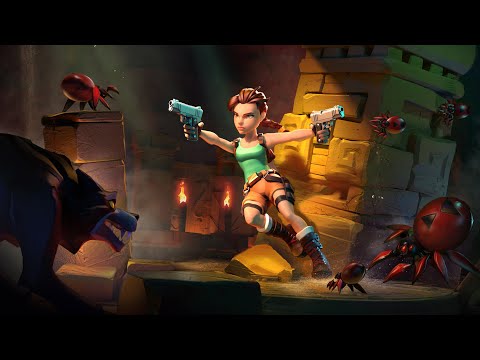 To volunteer for this closed beta and see what this new game is all about, all you have to do is sign-up using the link given in the Tweet, fill out a survey, and await an email with further instructions. The survey does not ask for any specific type of gamer, so regardless of what genre you prefer, it’s likely worth trying out just to see what this new title could be.

In the meantime, you can stay tuned to the official Square Enix Twitter or their website for any potential updates on this mysterious new game.

Looking for another RPG to play while we wait for more details on this mystery game? Check out our Top 25 best RPGs for iOS!
Next Up :
Flower Isle, a new simulation game courtesy of the UNO developers, is now available in early access in the Philippines