A grand adventure on the open seas

When we think of rip-roaring adventures on the high seas, it’s not often that futuristic tech and robot companions spring to mind. Now that Sea Fortress has opened for pre-registration, you’ll have the chance to play a different kind of sea-based RTS MMO – one with fewer peg-legged pirates but a lot more aliens.

The world as we know it has been left devastated by a sudden, mysterious alien invasion. With most land now underwater, all that remains is an endless ocean where day-to-day survival is an uphill struggle. Lucky for you, you’re not going to be alone on this particular journey, with an entire fleet of customisable aircraft carriers, submarines, battleships, and destroyers backing you up. 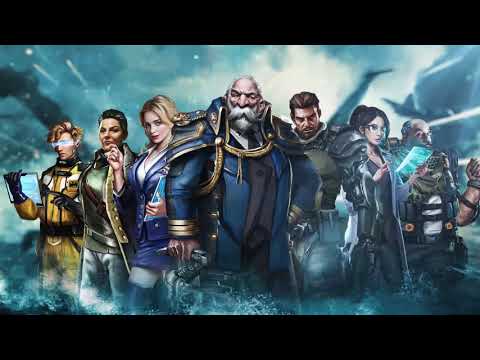 Sea Fortress boasts a stunning, expansive open world, full of fearsome enemies to hunt and old-world relics to gather. Though be warned: it’s not all about full-on assaults, as time must be taken to research new equipment and weaponry in order to best the alien scourge.

The lengthy single-player campaign will take you on a truly epic voyage where you’ll be able to meet and recruit legendary war heroes. These memorable characters will prove invaluable during any huge-scale PVP encounters with rival players from around the globe.

Even the most powerful of fleets can be overcome through strategic thinking and smart alliances with friends. And expanding your territory or gathering resources with allies are a couple of the best ways to fast-track your journey toward becoming the ultimate ruler of the seas.

So take that first step in your epic quest, get in early, and make your mark by pre-registering for Sea Fortress now on iOS and Android.


IGG is a renowned developer and publisher of mobile games such as Lords Mobile and Castle Clash, with a strong global presence and international customer base. The Group has its headquarters in Singapore with regional offices in the United States, Hong Kong, mainland China, Canada, Japan etc. and users from over 200 countries and regions around the world.
What's A Preferred Partner Feature?
From time to time Steel Media offers companies and organisations the opportunity to partner with us on specially commissioned articles on subjects we think are of interest to our readers. For more information about how we work with commercial partners, please read our Sponsorship Editorial Independence Policy.
If you're interested in becoming a Preferred Partner please click here.
Next Up :
PUBG Mobile has opened registrations for the upcoming 2022 PUBG Mobile Club Open Fall tournament