Scribble Defense and Zombidemix out for Windows Phone 7

We haven't heard too much about indie games making the move from Xbox Live Arcade onto Windows Phone 7 yet, but there are some developers making the shift.

One such is Elbert Perez (aka OccasionalGamer). He's already got two games available on the Microsoft Marketplace.

Scribble Defense, as you'd expect, has a scribble art style and is a tower defence game.

In context, you are the Scribble Meister, protecting the Scribbles from the unrelenting march of vicious Scrawls. It's up to you to place various types of towers on 20 puzzle-themed backgrounds to unlock the best way of defeating the enemy. 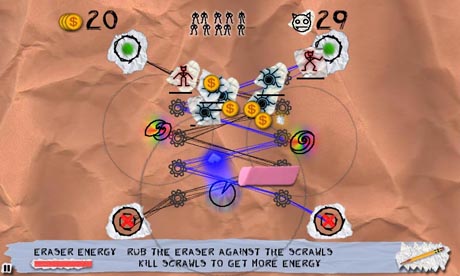 Neatly, you can manipulate the waypoints the enemy follows, and you get an eraser you can use to rub them out too.

Perez's other game is Zombidemix, something he describes as mix between a tactical squad game and tower defence.

You control a squad of three robots - medic, sniper and tank - whose primary goal is to eradicate zombies and, where possible, protect innocent civilians. It's more of a indie game, in graphical terms, at least. 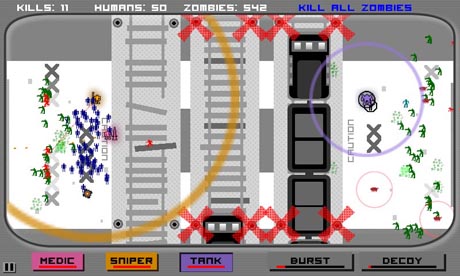 Both games are available now in trial and paid versions via the Windows Marketplace on your Windows Phone 7.

You can also see how Scribble Defense plays in the following video. 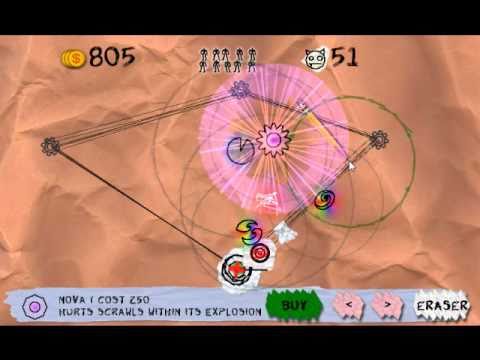 Subscribe to Pocket Gamer on
Next Up :
Build the ultimate deck to protect your kingdom in Hero Royale, out now on Android

Protect the Scribbles from the march of the vicious Scrawls