Andy Haith left his job at Rebellion Developments in January 2013. Prior to leaving, Haith had been lead designer on Sniper Elite V2 and deputy lead for Aliens vs. Predator.

"I had some great experiences working for Rebellion, but as the projects got bigger and bigger, I felt more and more like I was really just directing and managing a team of others to implement someone else's vision," Haith told us.

"I had the urge to create something for myself - something based on my own gut decisions, and which I could craft with my own hands. The only way to do that was to go indie."

So, nearly 11 months later, Haith is preparing to launch his first game as a solo developer.

It's a physics-based puzzler called Scrapyard. You pile up tractor tyres, fridges, and washing machines so you can balance a scrap car on top. Each level ends with the Grabber hoisting the wrecked motor away to be crushed.

Since each object is affected by gravity, lateral thinking and careful placement are required to succeed in each of the game's 48 levels. The precise touch controls mean that the only cause of failure will be your own incompetence. 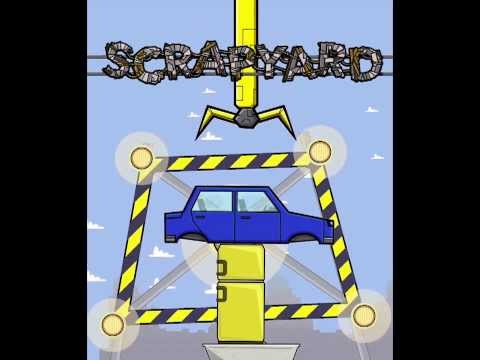 You use ropes and planks in later levels to dangerously hoist your pile of junk above and across explosives that ruin your efforts should anything touch them.

According to Haith, Scrapyard will go live on the App Store on November 14th, and will cost 69p / 99c. Via optional in-app purchases, you will be able to make progress through the game more easily.

Stack up tyres, fridges, and cars to make a stable tower in physics-based iOS action-puzzler Scrapyard