Yoozoo Games’ Saint Seiya Awakening: Knights of the Zodiac has a new update adding a new playable Saint, a time-limited dungeon and other goodies on iOS and Android.

The new Saint is called Virgo Shijima and is available as a limited Summon between today and 3rd February. This character is the Man Who is Almost a God as well as one of the most righteous among Athena’s Saint.

You experience Shijima’s story through a unique dungeon and can try the new hero in Shijima’s Training, allowing you to see the character’s backstory and try their abilities. As well as that, Gold Saint Aries Mu’s story has also been added to the Saint Legend Quests. You can review Mu’s stories and receive rewards from the challenging PvE mode as well as the PvP Melee Poseidon’s Temple mode which is coming back for this update.

Saint Seiya Awakening is also putting limited Winter Sale packages on sale. During the next seven days you’ll be able to grab rare items such as advanced gems, SS skill volume vouchers and skill tomes at high discounts of 85-95%. 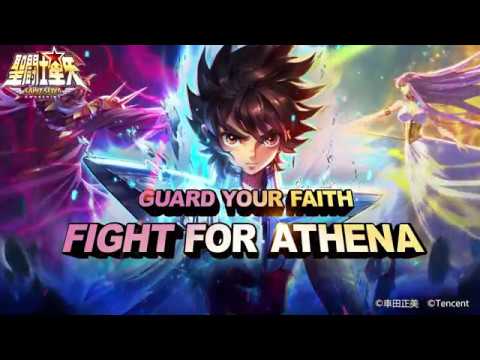 Furthermore, one player of the game, Palantiriel, has created a Saint skin for the game which is being added in the next update. The Galactic Redemption skin of Gemini Kanon is available to anyone who logs into the game between today and 3rd February.

“I have been a fan of Saint Seiya since I was a little kid, when I saw there was a phone game available I knew I had to get it! I decided to participate because it looked like a fun challenge, like an art prompt,” Palantiriel said.

You can download Saint Seiya Awakening from the iOS App Store and Google Play for Android. It’s a free to play title featuring in-app purchases.

Check out the best free games to play on mobile in 2021.
Next Up :
Mobile MMO V4 gets a new class in latest update