The creators of Sword Fantasy Online, Ely Anime Game has just released a new anime RPG called Royal Knight Tales. It's an MMORPG with guardian knight heroes and troops for you to train, defeat bosses, and build a beautiful castle.

Royal Knight Tales is set to make you dive into a magical fantasy land. To save the world, you will have to fight against powerful bosses and conquer the world.

Royal Knight Tales is an epic odyssey about a princess and guardian knight in a fantasy kingdom that is in chaos. The beautiful Princesses (also known as knights) are inspired by anime and have their own skills, class, and retinue troops are the heroes in this world. The knight in the shining armor has their own story to tell. To recruit each character, you need to complete their biography stages, or you can complete friend points gacha summon and regular gacha summon. 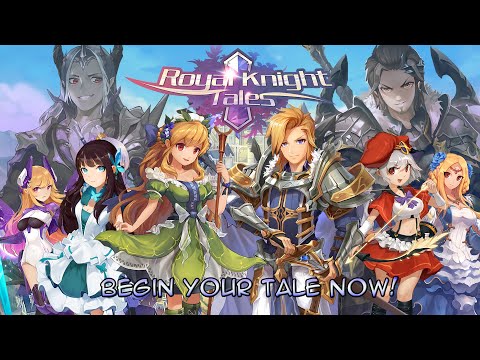 You can also join clans and team up with your clan-mates to defeat clan bosses that yield rewards. There are daily gifts, rewards, gems, and other free items waiting for you. Royal Knight Tales is a wholly free game where there are no in-app purchases.

Royal Knight Tales is an anime-based MMORPG, so this is a must-try if you like anime and cartoon-style games. Royal Knight Tales is available now on Android so players can download it from Google Play. There is no news about an iOS version yet. Interested in RPGs? Check out our list of the Top 25 best RPGs for Android phones and tablets.
Next Up :
Boom Beach: Frontlines is ending development with servers shutting down in January 2023