Roterra Extreme - Great Escape is the latest in Dig-It games' ongoing puzzler series. It features a host of puzzles that require you to constantly flip the perspective of the game to forge a new path through to the end of the level. That sounds a touch too mind-boggling for me so we decided to hand the game over to our App Army to see how they fared.

Roterra is a path building puzzle game, where you have to move a character from A to B by manipulating the path laid out on a grid base playing area. Parts of the path is on a flat area, some are up or down walls and some are on different levels. Not only can some path pieces be rotated clockwise and anticlockwise, the piece of the grid they are sitting on is a cube which may also be able to rotate through all six sides to uncover other pieces that are hidden from view, which can then also be rotated.

Combine this with switches that can do things like turn rotation on for pieces or even move whole areas of land up, down or sideways AND other characters that are on the playing area that also can use switches and path pieces to move around and this becomes a real head-scratcher of a puzzle game. I like puzzle games, it’s one of my most played genres on mobile, but this one wasn't for me.

For me there is too many mechanics that you have to explore in the playing area before you can determine the actions to take to complete the requirements, it’s not something where you can sit and look at the puzzle and work out how you will solve it, you have to see what things do and what hidden pieces there are before you can even attempt to resolve the puzzle, the lack of really manipulating your view is also a hindrance.

I’m sure this will be OK for some people but it’s not my type of game. The graphics are serviceable but really lack any form of style or charm that sets it apart, I also found the way grid pieces are marked to show they can be rotated or spun to be confusing when looking at the playing area as a whole. The sound is OK, again nothing special. I think this is really a true Marmite game, you will either love it or you won’t, I am really of the latter opinion. I don’t think I will continue playing it after the review. To find out if it’s for you, watch some videos on YouTube of the tutorial, that will give you a taste of the gameplay and help you decide.

A more complex looking and difficult version of monument valley? That was my take on this after my initial time with it. The graphics were ok but not great and at times hard to navigate without better controls to accurately move the camera (free move was difficult and zoom non-existent). For me, it probably would have been more enjoyable on a big screen with a controller. However, the puzzles are well thought out with some interesting mechanics to play with (or shout at on later levels!). Nice game for those with big phone screens and a lot of patience.

This is a refreshing puzzle game with very fun and challenging mechanics. The goal is to guide the king across the path while rotating and spinning blocks but holding or flicking the screen. Think pipe dream. Seems simple at first, but eventually the paths get much more complex, requiring you to use the same blocks in different ways to open your route. Looks lovely graphically, but I’m personally not a fan of the character design. Overall I recommend it.

I’m really enjoying this game. I love this kind of puzzler and it hasn’t disappointed me. It can be complex on one challenge and complex on another. The background sounds, the controls and the animation are all of great quality. There is a story behind the game but to be perfectly honest I haven’t taken much notice of it, instead, I’ve immersed myself in the playing. There isn’t anything really new to be found here, but everything is done so well it’s a pleasure to play. I fully intend to finish this game and for gamers who like a good puzzler that can give value for money, I can definitely recommend this one. 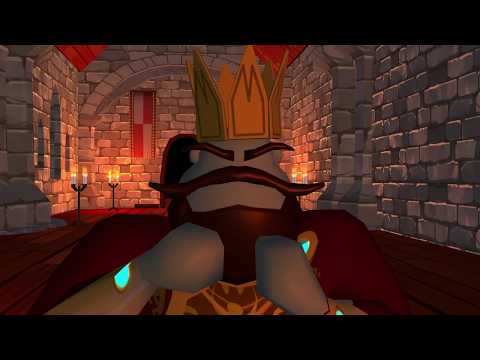 When I looked at the screenshots on the App Store for Roterra Extreme I got a Hitman Go kind of vibe. Once I started the game I immediately understood that I had been mistaken. Roterra Extreme is true to its name, it is all about sliding and rotating. And yes to the extreme. I can understand that there are a lot of cool level design mechanics, but on the small iPhone screen I find it all a bit smallish and hard to keep track on.

I switch characters, as they cooperate to stand on buttons to operate the intricate parts of the levels, but too often I find myself not seeing parts of the level. I have not had time to boot it up on my iPad that would probably be a more suitable device to play on. Roterra Extreme shows a lot of ambition both when it comes to applying a story to a sliding tile puzzler, and the level designs that are quite vast. Perhaps it is too ambitious cramming ideas and content into a package that might be hard to play, at least for my whose eyesight is?t 20/20 anymore.

Roterra Extreme is a puzzle game where you need to manipulate the environment to help the character reach the level’s exit. Each stage is unique and challenging, and the level of interaction you can have with the environment is quite impressive. The graphics reminded me of games such as “Kula World” (for PS1) in combination with Monument Valley.

To be honest, I am not completely sold on the graphics, but this does not make the game less enjoyable. Every now and then I had issues with the pedestals. Sometimes it is hard to get right to the centre and have them move, and having a zoom function would probably be beneficial. Overall, I recommend this game.

I haven’t had a lot of time to play this, unfortunately, but I was struck by the mechanics and look of this game. In a way, reminiscent of games like Monument Valley in that you’re traversing a moving 3D world. The puzzles added quite a challenge (I had to find a YouTube video to get through the tutorial) but the solution and cutscenes that move the story along really make it worth it. The only thing that I thought it lacks is the ability to zoom in. But that’s not a dealbreaker. If you like puzzlers like Monument Valley, you should be pretty happy with this.

Roterra has become one of my favourite puzzle series on the App Store. I loved all the dazzling charm of the first adventure and Roterra Extreme - Great Escape, brings it all back. For puzzle fans, this is the place to be. Roterra Exteme places you into a fairytale style adventure with lots of interesting, thoughtful, and challenging levels.

Worlds are filled with mazes that must be escaped, and these make great use of your touch screen device. Swipe to twist and turn tiles, tap gems to create paths, push and move objects, and the whole world rotates on-screen to help your character progress between points. This is a fantasy filled with beautiful art, enchanting music, and a magical story that by playing you create.

I never played this game before. But after giving it a go. I can really see that the game is a good puzzle game. Levels are large and complex. Yes, I’m not the best at puzzles but the game kept me entertained. Controls can get a while to get used to. As it can be fiddly to move selected areas on the world. Otherwise, the game has nice graphics lots of character. I would recommend this one.

I did not play the first Roterra game so I’m new to this game world. Basically, this is a puzzle game where you must guide the defeated King to the exit. You do this by manipulating the landscape to create a path for the King to walk along. You do this by rotating or spinning blocks and moving the King onto pads that will activate parts of the landscape.

The puzzles get hard quickly and the game soon becomes a real challenge. The touch screen controls can be fiddly on the iPhone so activating a block is a bit hit and miss. Graphics and sound are fine and the 3D flipping of the landscape means levels are bigger than they look. Recommended.

Those who have played the first Roterra are not disoriented: the game still offers mazes where the player must rotate or move boxes in the path so that the characters can move forward. the graphics are always colourful and warm, and the world in clear and detailed 3D. The music is relaxing. The levels are always interesting but larger and more complex. Like the previous opus (which you do not need to have played beforehand although the story continues on both games), Roterra Extreme is an excellent puzzle game that is easy to recommend!

Next Up :
Infinite Lagrange: strategy tips to activate the Lagrange Pass