Trading Up: tips toward a better ship in Rogue Star

Snubs and Weevils oh my, oh my

When we reviewed Rogue Star we gave it a Silver Award based on its combination of winning gameplay, tempered with an uneven difficulty curve.

Of course, to give the game a fair review we had to figure out how to crest that curve. And after warning you all about it, it seems only fair that we should share how we went about it.

So here's your guide to starting out in the hostile universe of Rogue Star.

The plan is to earn enough credits to buy yourself your first ship upgrade, from the Snub to the Weevil. It might not have an impressive name, but with two extra points in its shields, it'll boost your survival rate by an impressive amount.

The tutorial will set you on the right path, but there's one important thing it fails to mention.

When you destroy other ships, they often release cargo canisters. These show up yellow on your radar, and drift around for a variable length of time before self-destructing. 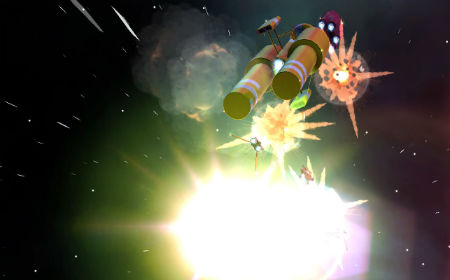 Anyone familiar with Rogue Star's inspiration, Elite, will know exactly what to do with these.

Fly into them and their random contents will get added to your cargo roster. Unlike in Elite where you had to fly over the canister, in this game getting close is good enough.

You can even collide with them and you'll collect the contents.

This isn't covered in the tutorial. But every time you see a yellow dot on the screen, make picking it up a priority. Early cargo can fetch up to 160 credits per ton. That's about the same as the reward for the initial missions, so it's a lucrative business.

Your first few runs should pass without incident. The first few pirates you meet turn up alone and in tiny ships. It's a good place to practice your dogfighting skills.

When approaching a pirate, crank the throttle on the right hand side of the screen up to maximum. Then fly on a slightly erratic course while shooting at the target.

The idea isn't to inflict damage: if you do, that's a bonus. It's to approach a pack of pirates as fast as possible without taking damage yourself.

When pirates start turning up in twos and threes, their initial salvos as a group can be devastating. But once you fly into them, they break and scatter every whichway. That gives you the chance to hunt them down and take them out one at a time.

A much less daunting prospect. 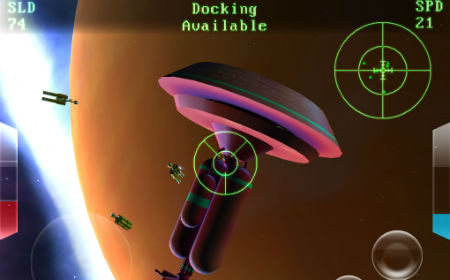 Keep an eagle eye on your shields. Once it falls to below 50 percent, crank up the green shield allocation on your Power Management System to the left of the screen.

Sure, your lasers will become so feeble that you'll have a job taking out the enemy. But if those shields drop to zero, you're dead, so it's imperative you get them back to a healthy level before resuming the hunt.

If things get really bad you can try running away by diverting all power to the engines. This is risky, though, as you still may not have enough to outpace better ships on your tail.

When you've mastered those basic skills and can dispatch the early pirates with ease, the game throws you a curveball by increasing your rank. It sounds nice in theory, but in practice it means tougher pirates to fight.

At this point, even skilled pilots can start to struggle. Winning cargo in auctions becomes risky, as you'll find you won't survive a significant number of trips. If you die, you lose the freight you're carrying, and your credit total can drop quickly.

Plus it can lead to failing missions, which will make it harder to pick up new ones as your reputation drops.

Likely as not, you'll still have several thousand credits to go before you can reach the relative safety of the weevil. So how are you supposed to get there? 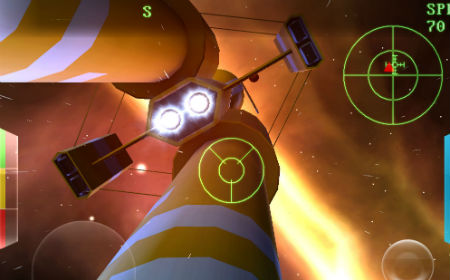 The answer lies in joining the convoys that you'll frequently encounter on your travels, offering to pay you in exchange for escort duty. This initially looks like madness, as these escort missions attract multiple waves of two or three pirates, far more than the feeble Snub can handle.

So don't. Let the other escort ships take care of it instead.

Slow down your speed as the bogies come in and let your wingmen do the hard work of clearing up the mess. Plus the cargo ships themselves seem to be carrying impressive short-range batteries for protection. Sit back, relax and enjoy the resulting light show.

As soon as a cargo canister pops up on your radar, boost your engine power to swoop in and collect it. No-one else seems to care about them. Then retire back to a safe distance.

Once the mission is over, you'll still get your money. Plus you'll have some valuable cargo to sell. And since you didn't pay for it in the first place, if you do lose in en route, it's not such a big deal.

Fly this way for a couple of hours and the Weevil is yours. And with it comes the key to unlocking the rest of Rogue Star's fascinating universe.

Blast aliens, nick their loot, trade it for cash in Rogue Star, out in early 2015 on iOS