The definition of quality?

As we covered earlier this week, Rocket League's newest update is a rather big one and players are already loving it. 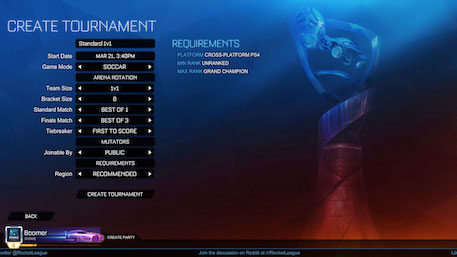 When we reviewed the game back in November, one of the major things we noticed was that the Switch version had taken a pretty big graphical hit to keep the game running smoothly. If that bothers you on a massive scale, the new Quality Mode should suit you big time.

It depends what matters more to you in the game - but at least you've got the option. Though, even the regular mode has had a bit of a graphical polish. A good example of the difference is in a Tweet by Rocket League enthusiast, Brend, right here.

Aside from the new mode, Psyonix has added Video Capture for you to show off 30 seconds of killer gameplay, or 30 seconds of major failure. Whatever floats your boat.

You've also got the more general tweaks and additions, namely the new Tournament option (where you can join or create your own), enhanced crowd audio, more Monstercat-related content, a 'Chat Ban', and more.

You can read the full patch notes on the game's official website for all of the hairy details.