The intensity of "soccar" in the palm of your hands

Rocket League is one of the most popular video games of all-time and continues to receive updates since being released back in 2015. It has expanded from platform to platform after being released initially on the PlayStation 4 console and PC.

Since then, it has been ported to Xbox and most recently, the Nintendo Switch. After Being a premium game for a few years, it has broken the seal and has become a free-to-play game. This is the first time the game has been free since it was a freebie on the PlayStation Plus service which offers two free games per month.

The game that involves playing football (soccer) using RC cars has also become huge in the world of esports as well. With the creation of the Rocket League Championship Series (RLCS) and the addition of collegiate tournaments, it has been a global phenomenon. But here are a few tips for you when firing up Rocket League on your Nintendo Switch or Switch Lite. 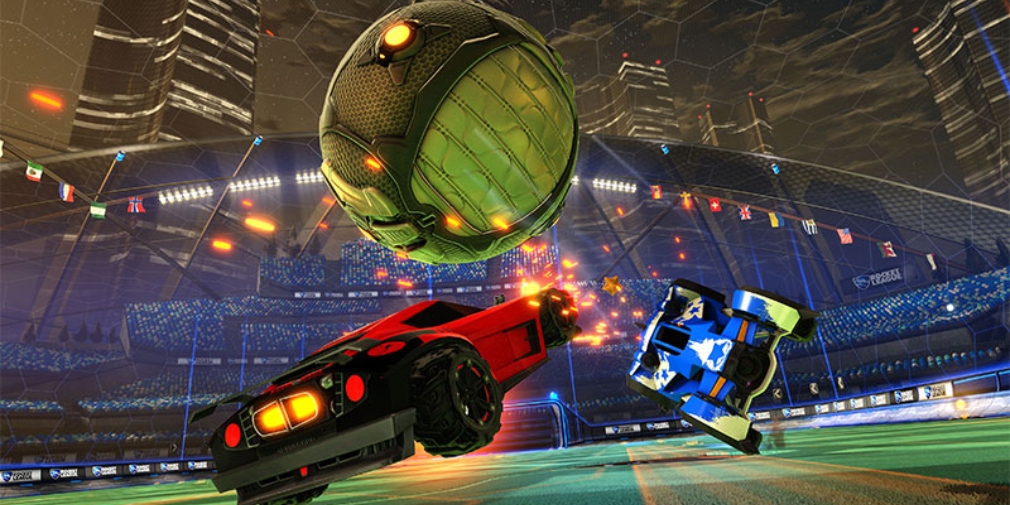 One of the signature features of Rocket League is the boosts you can get. In a way, it is the juice that makes Rocket League go. You can't have a game with the word "rocket" in there and not have some kind of boost involved, right?

As you may have noticed, there are several floating orbs place around the pitch. Grab these to build up your boost meter. Your meter will get drained really fast once you use it, but the orbs regenerate quickly, so you can build it right back up again.

The key is to grab some orbs while you're in pursuit of the ball if you're playing more offensively. This way, you'll be focused on the ball and your teammates and opponents while still refueling. After a while, this will become very natural. Boost is critical, as, on many occasions, you'll need to out-run your opponents to get the ball, or when playing defense. Even when playing goalkeeper, definitely try to refuel when you can.

One of the skills that can sometimes get overlooked in Rocket League is the ability to center the ball. This is something that you'll probably do by accident at times, so it can be pretty easy to master. It's essentially the ability to hit the ball away from your goal.

It's pretty much like clearing the ball, except with that, you're hitting the ball across the entire pitch. Centering focuses on knocking the ball back towards the middle of the pitch. It's really a defensive sort of maneuver and can be very beneficial.

Many players might focus more on the offensive side of the ball, but being good at centering can show that you're a two-way kind of player and you can score some assists out of it if a teammate can score from where the ball lands. It's not essential, but it can help lead to some plays for your team on the other end. Feel free to head into a match with the CPU or Free Play mode and give it a shot.

Work on Your Ariel Moves

OK, so this is a bit more advanced if you're new to the world of Rocket League. With that said, they are extremely common and can be critical to success. These moves are called "ariels" and it's the art of utilizing your boost to gain some big air.

This is great if you want to attack at the ball while it's in mid-flight. This can lead to some slick goals to add to your highlight reel (which you build up over time of course). It can also lead to some beautiful, artistic assists as well during your games.

Now, don't worry, this is not a skill that's required for you to perform well. It just can give you a slight boost if you become skilled at it. But again, don't fret if you're having trouble with it. Just play the game that's comfortable for you, and just remember that you can play games against the CPU or head into the training modes if you want to work on your game.