Rising Warriors' next huge, sandy update is due to go live next Thursday 1st September

It'd be hotter than wearing a turtleneck in August

For those that remember FredBear Games' Rising Warriors, you'll hopefully recall the Silver Award it was awarded by Pocket Gamer. Now, a month and a bit after its release, FredBear is close to pushing a huge new update to the game. 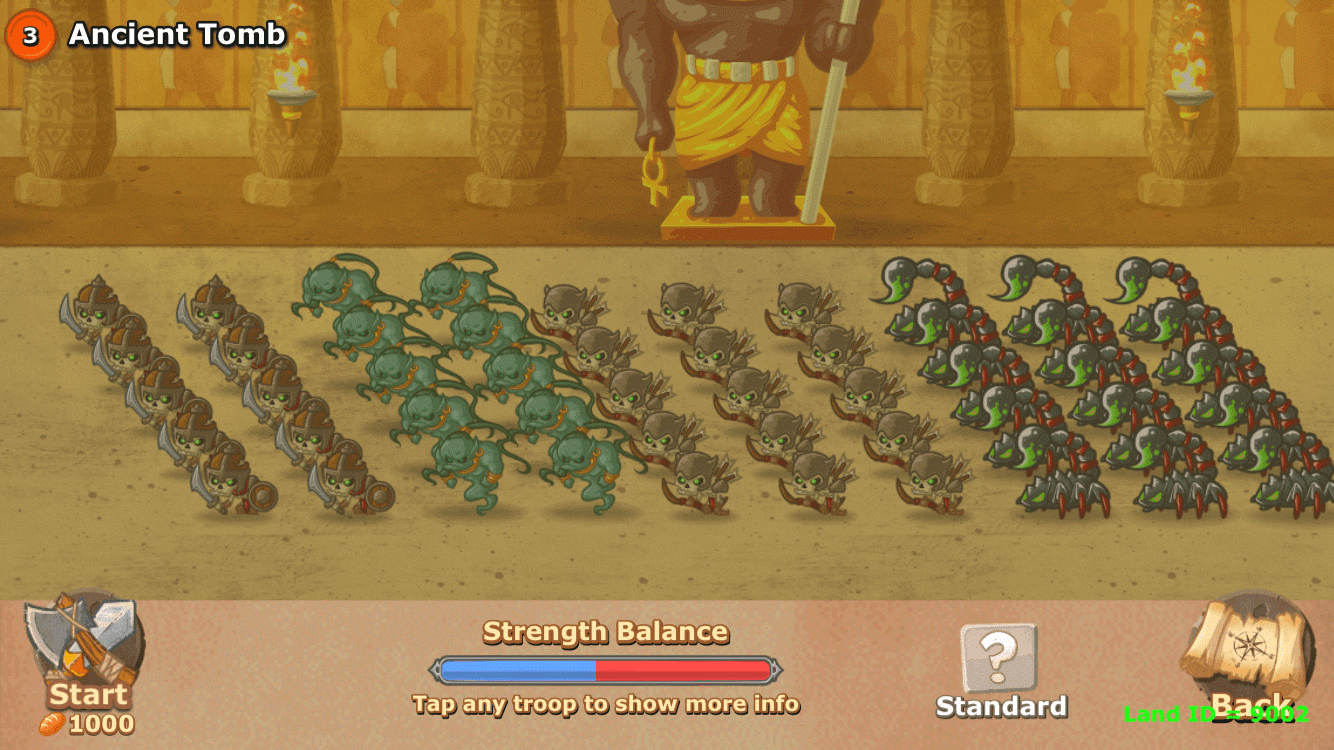 Update 2.100 has a historical feel to it as it brings in a little Egyptian flare, slogan: 'Behold, the treasures of the Ancient Pyramid!'

You can expect to see and fight in new, desert lands, raid ancient tombs, and discover ancient treasure chests. There'll be six new enemies to face, including the greedy Sand Raider and angry Djinns, and new heroes to meet: the powerful Lancer, and inspiring Chieftain.

Undead troops - a magic race with powerful skills - will also be unlocked and ready for your command, and lots, lots more as you strive to conquer the field and reach the top of the weekly rankings.

The update is so far scheduled to go live next Thursday 1st September, but we'll keep you updated as the days tick on. If you haven't already, check out Rising Warriors here on the App Store.