Publisher XD Inc and developer Sunborn Network, of Girls Frontline fame, has announced the latest project to come out of a collaboration between the pair, a tactical RPG entitled Reverse Collapse: Code Name Bakery, the sequel to the original Code Name: Bakery Girl. This announcement came along with a CG trailer and a small gameplay preview to show players what to expect from the new game.

The gameplay looks to be set up to be exactly as it describes, a tactical experience that will require a good bit of strategy and thinking ahead to succeed. It will play a good bit like another famous tactical gacha RPG, Fire Emblem: Heroes, in that you’ll be unlocking units as you progress through the game, then placing those units down on a battlefield and using their limited movement spaces and abilities to clear out levels. 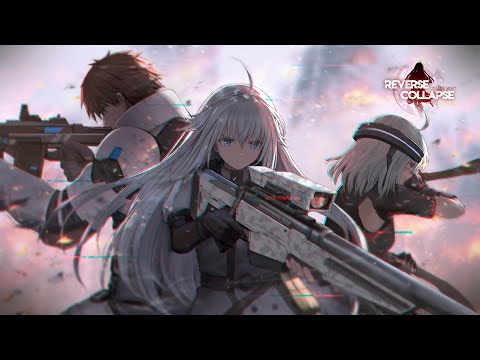 These units will, of course, be upgraded and equipped with new gear as you progress throughout the game, slowly building up your team to meet the increasingly difficult levels found in Reverse Collapse. All of these gameplay functions will be familiar to any players of the previously mentioned Fire Emblem or even games like Girls Frontline or Arknights.

As for the story, it is of course a sequel, but given how that game launched all the way back in 2013, the story is only loosely connected and could easily be consumed on its own. It involves a tale of tragic conflict all set within an endless Winter, making for a beautifully snowy and serene contrast to all of the bloodshed and intensely emotional moments the story will be touching on.

For now, we don’t have a release date for Reverse Collapse: Code Name Bakery, but you can follow their official Twitter handle for any news in that regard. Alternatively, you can also access the game’s TapTap page for any more information as well.

Looking for more gacha goodness? Check out our Top 25 best gacha games for iOS!
Next Up :
Kartrider Rush+ turns two with a massive celebration featuring new karts, characters, and rewards