I hope this isn't Chris's blood

From Game Boy Color to iPad, the Resident Evil series has had an interesting, but oftentimes uncomfortable relationship with handheld consoles. Zombie thrills and tiny LCD screens just don't jibe, it seems.

No matter how many times Capcom tried to squeeze its survival-horror series onto a portable device, the outcome was rarely that impressive. Between dodgy mobile games and cancelled projects, it's been a rough ride.

So, as Resident Evil 6 shuffles onto Xbox 360 and PS3 today, we thought it was a good excuse to look back at the history of handheld Resi games. The faint-hearted should avert their eyes now - some of these games are so bad they're scary. 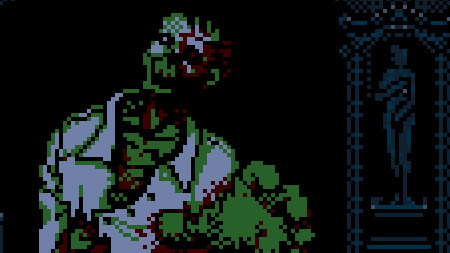 It was a top-down zombie adventure on a luxury cruise liner where you finally got to play as Barry Burton. Barry's the tubby, balding bloke from Resident Evil who is now, according to Google, a homeopath in Swansea.

In your hunt for series regular Leon, there was the requisite traipsing back and forth for keys and power switches. The action sequences were played out from a first-person perspective, but with a timing-based mini-game for landing shots on the undead.

It wasn't much cop, but it was a darn sight better than game #2: Resident Evil 2 for the Game.com. Sure, it had good pixel art and was surprisingly faithful to the PSone game. Didn't stop it from being a juddery, flickering, headache-including mess, though. 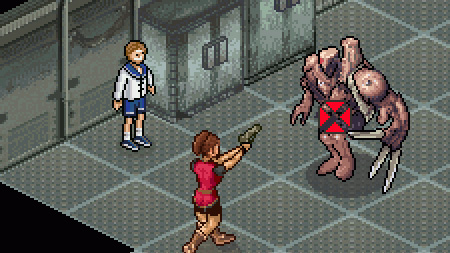 You might not know it, but throughout the last decade Resident Evil enjoyed a huge run on prehistoric Java-based mobile phones.

Like Resident Evil: Confidential Report, which was a pseudo-turn-based strategy game. Or the isometric Resident Evil: Genesis (pictured), which put the focus on puzzles. 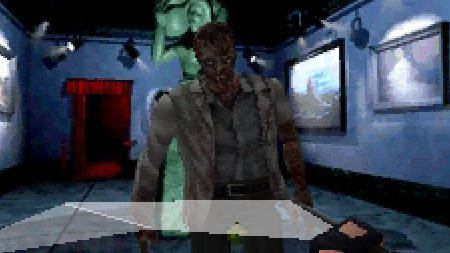 To commemorate the tenth anniversary of Capcom's venerable zombie-hunting series, the DS got a port of the very first Resident Evil game in the shape of Deadly Silence.

Alongside the original game, this remake's got a Hard mode with more zombies, a knife-slashing mini-game, puzzles that use the DS's different inputs, local multiplayer modes, and you can poke Jill in the bum with the stylus. Or Chris. 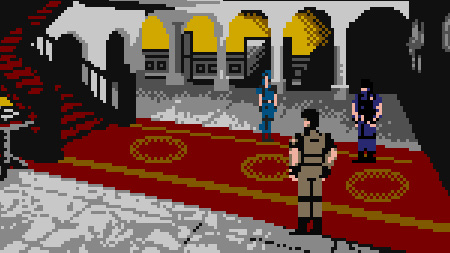 A direct conversion of Resident Evil (pictured) was developed for Game Boy Color - of all devices! - but Capcom canned it in 2000 because it wasn't "confident that the product would have made both consumers and Capcom happy".

A prototype ROM has since leaked out, and let's just say, we can see where the publisher is coming from.

Another game that never saw the light of day was Resident Evil Portable for PSP, which was announced at E3 2009. A Capcom representative said it was going to be "totally different for a Resident Evil game".

Seeing as the game never appeared, was never mentioned by Capcom again, and the PSP is now pretty much dead, I guess we'll never know what the big secret was. Maybe you played as the zombies and hunted down S.T.A.R.S. officers. Who knows. 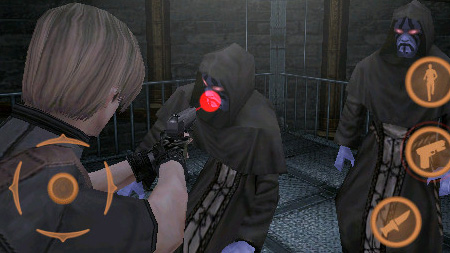 Capcom hasn't had that much luck on the App Store, but its trilogy of truly horrid Resident Evil games marks a particular low point. 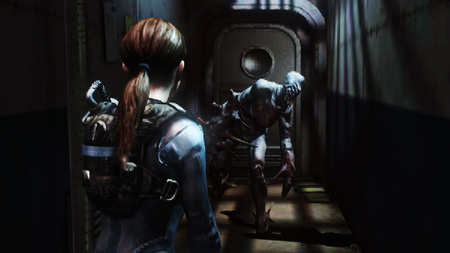 Capcom's most recent portable outings have been on the 3DS. First up, there's Resident Evil: The Mercenaries 3D - a game only noteworthy for holding your save game hostage forever, and for including a demo of this next game.

Second up, Resident Evil: Revelations (pictured). Hallelujah! Pop the champagne and praise the Lord. It's the first legitimately brilliant game on this list. About time, too.

Coming full circle, Revelations is a zombie adventure on a luxury cruise liner. Jill Valentine and co. slip into skin-tight leather catsuits and squeak down the hallways of the Queen Zenobia, while capping zombies in the head. It looks superb, and with the Circle Pad Pro attached to your device it controls like a dream.

Finally, a handheld Resi game worth surviving the zombie apocalypse for.

Why Resident Evil: Revelations won't be ported to PS Vita